This 5-Year-Old Tried to Catch the Tooth Fairy

Loosing a tooth is an extremely exciting thing for a little kid. They see their friends at school losing teeth and then, of course, getting money or treats from the mysterious Tooth Fairy in exchange for it. So when any kid starts to feel their first wiggly tooth, it’s a big moment.

Most kids will pull and prod at the tooth until it comes out, then excitedly parade it around until bedtime. Then, as you do, they’ll stick their tooth under their pillow in anticipation.

We all remember how exciting it was to wake up the next morning and find a crisp dollar bill under your pillow where your dislodged tooth was just a few hours before. For an elementary school kid, you’re essentially rich with that one dollar. (Plus you can brag to your friends about it at school the next day.)

But that way of going about this tradition wasn’t enough for James Hasimoto. When this five-year-old lost his first tooth, he was excited, but not for the reason that you’d think. James wasn’t out for the money…he was thinking much bigger.

James had decided that he wanted to set up a video camera and catch the Tooth Fairy on tape. 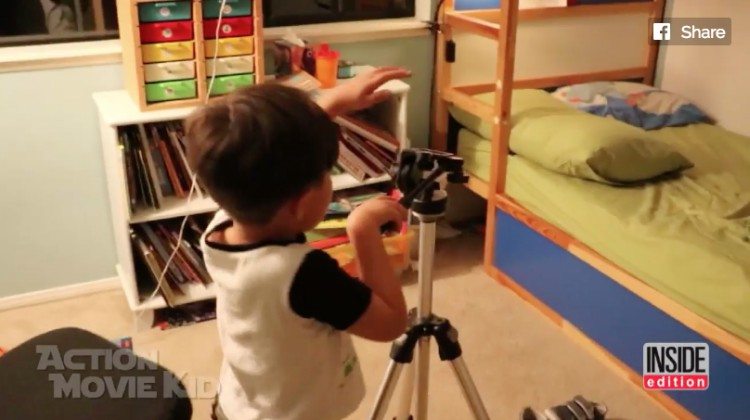 So when the big night came after losing his first tooth, James asked his dad to help him set up a video camera in his bedroom. They angled it to make sure that it would record him sleeping, and hopefully catch the infamous fairy in action.

Luckily, little James was not disappointed by what he saw on camera the next morning.

His dad, Daniel, knows his way around a computer. He basically knows how to make magic with a camera, which is exactly what he needed to pull of this stunt.

Daniel runs the popular YouTube channel, Action Movie Dad, where he creates larger-than-life videos using special effects. Videos of his son flying and having super powers are just a few of the adorable and impressive videos you’ll see on his page.

Needless to say, he was just the man for the job. So after the actual recording was finished, he added a life-like fairy into the footage. 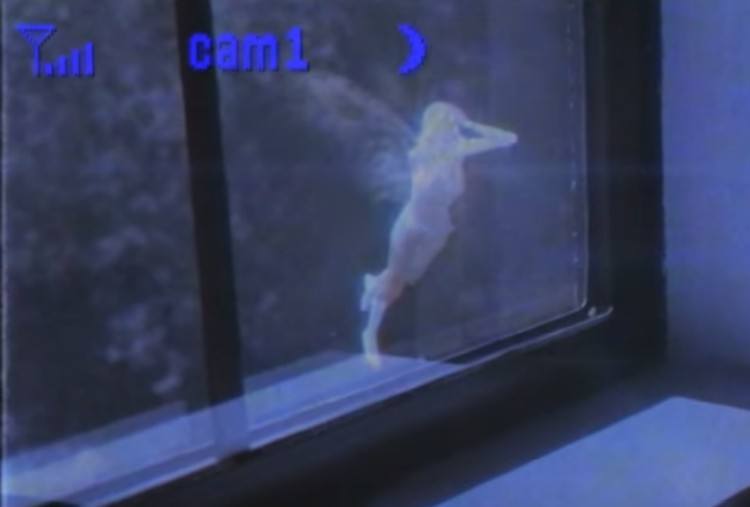 When James woke up in the morning, he was thrilled to find a super cool brass crystal holder under his pillow, which held an extraordinary looking blue crystal. Can we just point out what an amazing Tooth Fairy gift that is? Well done to James’ parents!

James quickly went to review the footage and was overjoyed to see an actual fairy coming to his window, sneaking in, and switching out his tooth for the very crystal that he had with him. The look of joy on his face and the excitement in his voice is enough to make your heart absolutely melt.

We’re so glad that James has fun, creative, and talented parents, who allow him to live out his wildest fantasies and keep the magic of childhood alive!

What do you think of this amazing video? If you’re interested to see more of this Action Movie Kid and his dad, check out their newest volume of videos on their YouTube channel.