The Scientific Reason Why the Toilet Seat Should Be Left Down

Since the dawn of indoor plumbing, the toilet seat debate has been a time-honored tradition between men and women. Whether or not that pesky seat should stay forever down or up is a source of many petty arguments and passive aggressive conversations, and it’s suffice it to say that if you live with someone of the opposite sex, you’ve probably experienced the talk firsthand.

It’s for reasons like this that we have science, ladies and gentlemen. (And other, more important reasons, too.)

Researcher Jay Pil Choi at the Michigan State University was obviously fed up with this classic argument and decided to put the debate to a scientific test. In 2002, Choi wrote an essay called, “Up or Down? A Male Economist’s Manifesto on the Toilet Seat Etiquette.” The essay divulges Choi’s research on the matter of “up or down” and this is the essence of what he found: 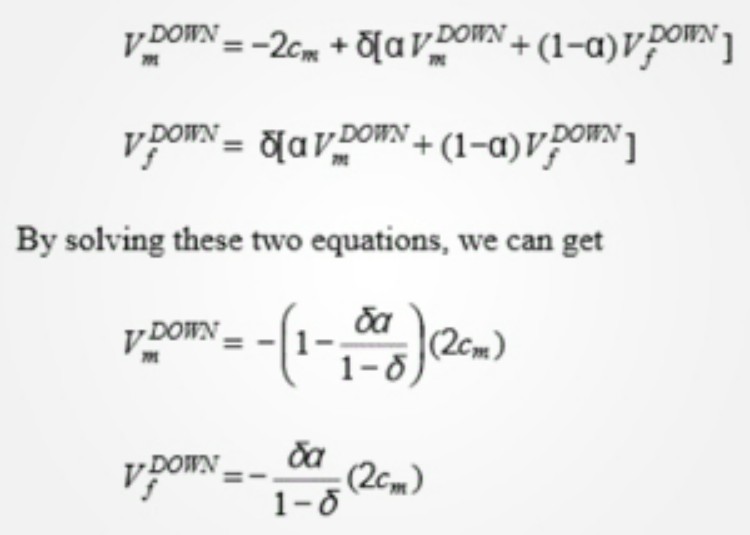 Michigan State University
In case you’re not, you know, a scientific genius, Choi’s formula basically relies on the fact that the men and women arguing over the seat are sharing the same toilet. If you’re not…it makes the debate a little less relevant, doesn’t it?

If this factor is true and you’re arguing over a shared toilet, Choi’s research boils down to this: the seat should be left down in most cases.

Sorry, guys, the ladies have been trying to tell you this for years. But before all women start a victory dance, there are some stipulations to Choi’s findings that don’t make this conclusion always true.

But first, how did Choi reach this conclusion?

Well, the study is complicated, but it basically asserts that because women need the seat down always and men only need the seat up occasionally, that the need for the seat being down is more frequent and therefore more relevant. However, there are exceptions to Choi’s findings. 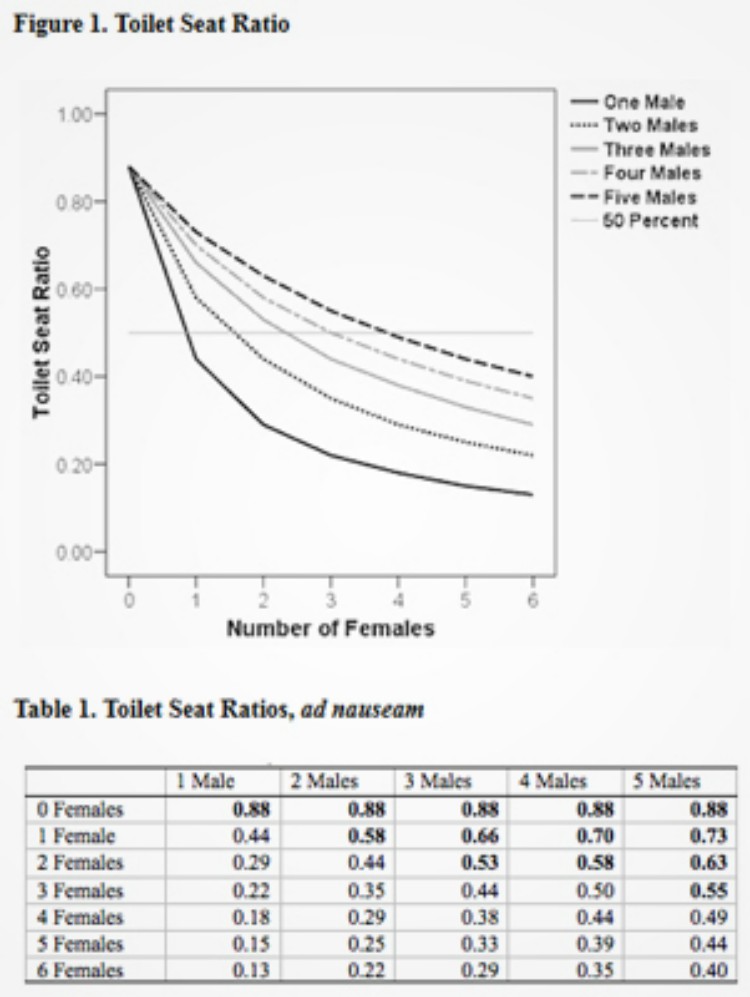 Michigan State University
Studies have found that humans defecate once a day and urinate seven times a day on average, which is the gross but true reality of human nature. Considering these averages (because, as you guessed, these numbers dictate if the seat is up or down for men) Choi found that the seat is better left up if the household ratios tilt in men’s favor.

Gif Soup
For instance, Choi found that if there are four guys in a house, they only get to keep the seat up when there are two or fewer girls; for five guys, three or fewer girls. These ratios increase per the number of men and women in the household.

We could also go into variables such as multiple bathrooms and proximity of bathrooms to males and females, but that goes on to make things very complicated, as well as specific to each household. Choi’s basic findings are more universal and can be used as general etiquette across the board.

So, in conclusion, unless the ratio of men to women is in favor of males, the seat should always stay down in a bathroom shared by men and women. According to science. And science doesn’t lie, guys.

Does that end the age-old argument? What do you think? Share your thoughts on Choi’s research in the comments section below.