Here’s How She Decorated Her Tiny Living Room

Tiny living room got you down? Just because you’ve got 100 square feet to work with doesn’t mean you’re dead in the water as far as decor goes. If you want proof, you have to see this incredibly small living room and how it goes from cramped to cool with just a few simple changes.

With about 75 square feet in her entire living room, Isabelle from Engineer Your Space was facing a serious decor challenge.

Originally, Isabelle’s apartment living room was actually quite spacious. So spacious, in fact, that she decided to section off half of the space to turn into an at-home office. 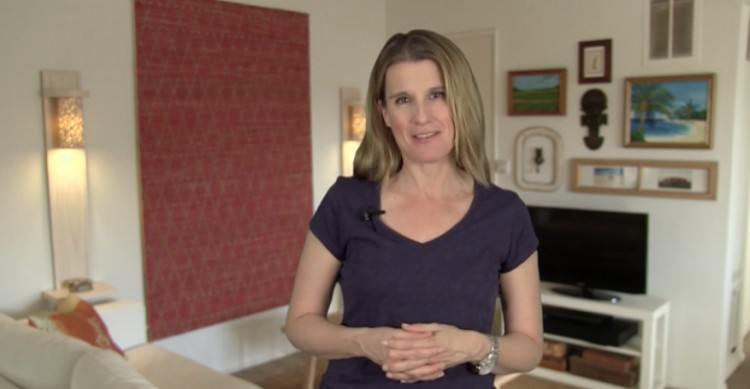 EY Space
As much as she loves her new little office space, her living room has been reduced to almost nothing. On top of which, it could seriously use a decor makeover.

Her wall was bare, her carpet was lackluster, and she needed to completely re-imagine the setup of her now smaller living room. With not too much time or money spent, Isabelle completely transformed her new, tiny room.

Isabelle started with the carpet, something she was not very fond of; we can see why, it has that tacky, apartment texture and color that many people detest. Instead, she cover it with a flat, sea grass rug. This may LOOK like an expensive find, but she actually snagged this rug (called Sinnerlig) from IKEA for only $70. It has a super trendy color and texture, plus it’s not so bulky that the closet door can’t open or close. 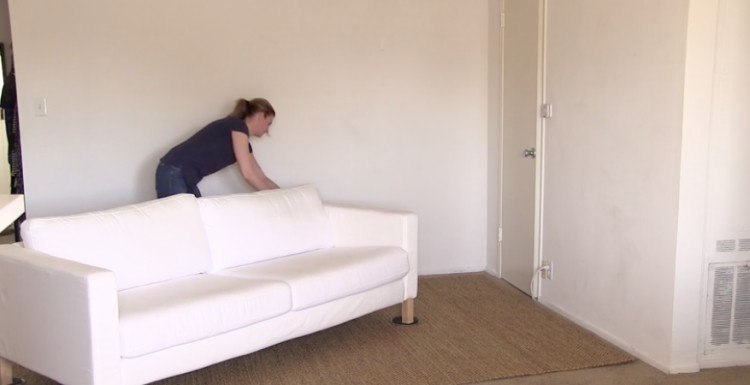 EY Space
The way her layout was, Isabelle had her couch taking up her largest wall, which meant the only place her TV could go was against the adjacent, smallest wall. This not only left the room looking super cramped, but it had the television at a funny angle, from which it was difficult to watch on the couch.

She made the wise move to instead put her couch across from the TV, which opened up the space and made it more functional. The only downside? Now the largest wall was looking empty and boring.

Isabelle found a great fix for this, filling the wall with a Crate and Barrel TOCHI rug! This brilliant touch adds the look of a tapestry to her space, bringing in color while avoiding paint or wallpaper. For lighting, she also added two beautiful wall sconces which she designed herself! To see how she made those, check out her next episode of Engineer Your Space here.

The coffee table you see in the center of the room Isabelle also made herself at a community woodworking class; it’s simple and classy, and it really adds to the entire feel of the room. 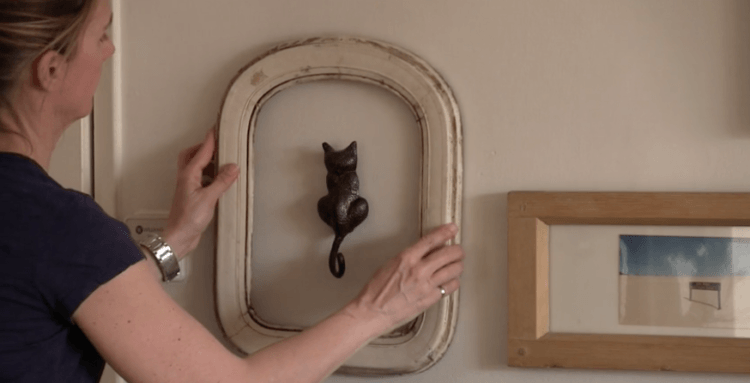 EY Space
Adding a wicker chair with a maroon pillow (to compliment the wall “tapestry”) is another simple yet brilliant touch.

Finally, Isabelle decided to fill the wall above the TV with a gallery wall. This chic trend can be easily reproduced by hanging a variety of pictures and even objects on just about any stretch of wall.

We hope this small space makeover inspired you to do some redesign in your tiny living room! Will you replicate anything Isabelle did? Share your thoughts in the comments section below.