A central Wisconsin property was way ahead of its time for having a tiny house in the backyard long before the tiny home craze started sweeping the nation. After a couple purchased that property as their retirement residence, and they decided to renovate the miniature home, it turned out that they were unwrapping a time capsule. Plenty of strange structures have been converted into tiny homes, including shipping containers, garages, and school buses. Under all the wood and paneling of Sharon and Bill Krapil’s assumed tiny home, though, was truly off the rails.

Workers began stripping away the layers of the Krupil’s purchase to find that the home was actually a trolley car. And this wasn’t just any trolley car. It is more than 100 years old – estimated to have operated as part of the Chicago Surface Lines in 1905 or 1906. Built by a company in St. Louis, the trolley had a journey even before it started shuttling Chicagoans around when the Cubs won their last World Series and before Al Capone made the city famous for other reasons.

Weyauwega is a fitting place for a tiny home with just under 2,000 residents, but for a Chicago trolley to end up in that town raises some questions. The town is more than a three-hour drive from Chicago, but no one seems to have any answers about how it ended up there.

Bob Lettenberger, Director of Education for the National Railroad Museum, was also interviewed for the story. Although he couldn’t shed any light about how it got there or who brought it, he was not surprised to see the trolley repurposed given what other stories have come to light.

“They make great hunting cabins, they were playhouses for kids….they cropped up all over the place,” said Lettenberger.

The National Railroad Museum itself has a similar car restored an in operation. The Krapil’s are hoping that someone might be interested in taking the trolley care off their hands and resurrecting it – or at least put it to use as Sharon Krupil and her sisters did 60 years ago. They would hang out to watch boxing matches in a home that had a kitchen, living area and bunk beds.

Maybe they can take some tips from an already-retired couple that turned a trolley car into a beach home or another that found some incredible history in their basement that came from a different kind of railroad.

Either way, the Krupils have a story to tell with some family history alongside some American history. As Sharon Krupil said, ‘It’s a piece of Americana.”

Here are some photos from when workers revealed what the tiny house looked like before it was someone’s residence – and the video from the local news story. 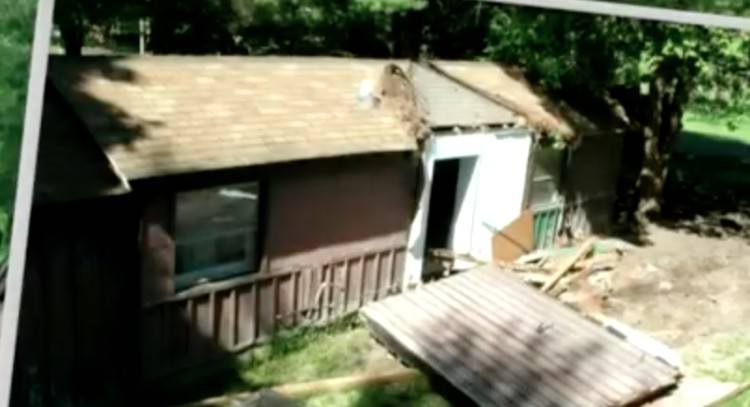 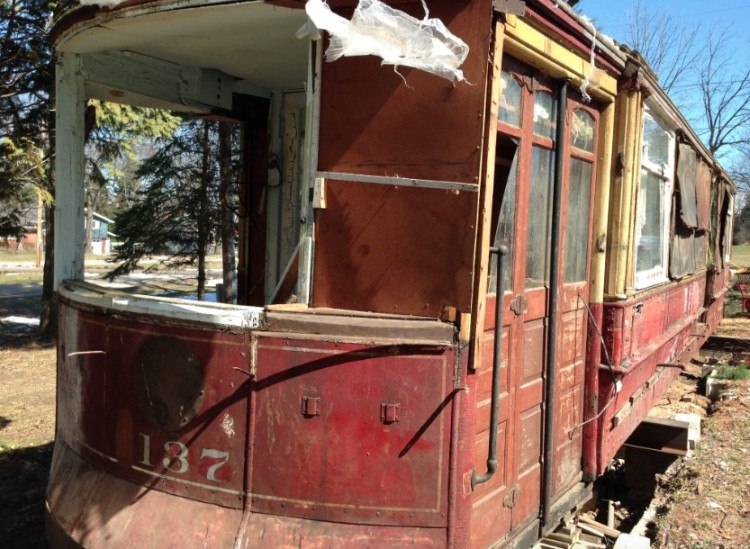