No one ever wants to be laid up with sniffles, or worse—the flu. There’s body aches, fever, sometimes vomiting, and many other unpleasant symptoms.

It’s bad enough when you yourself have it, but the worst is when your kids do. And this year, the flu is, unfortunately, particularly bad for children.

“We’ve seen kids are really making up the predominant amount of influenza-like illness. And they’re taking that back to school, it’s getting transmitted there, and I think that’s really what’s driving a lot of the visits to the outpatient clinic right now,” said Daniel Jernigan, CDC’s influenza division director.

The Centers for Disease Control and Prevention reported that more than 6 percent of people who visited their doctor in the month of January were there because of flu-related symptoms—that’s a similar number to the amount of people in 2009 who had the swine flu pandemic, CBS News reported.

What’s worse, 37 children to date have reportedly died from the flu since mid-October: Twelve children between the ages 5 and 11; eight children between 2 and 6; seven infants 6 and 23 months; eight adolescents between 12 and 17; and two infants 5 months and younger. 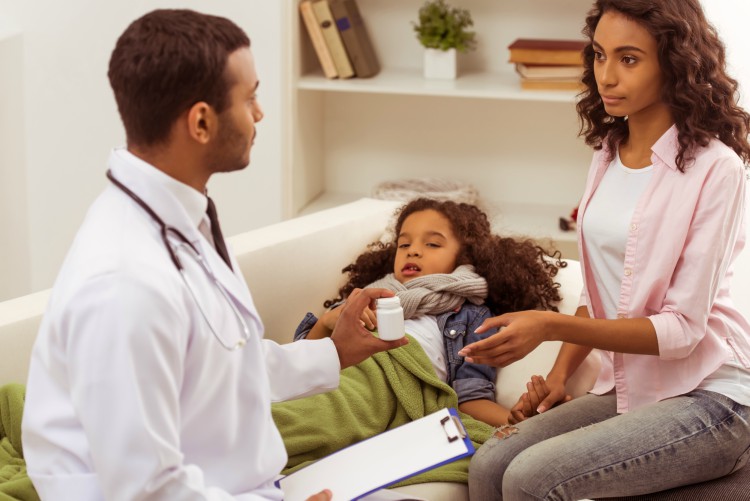 That’s not all: Health officials are saying they expect the rate of flu-related child deaths increase in the next coming months and could reach record highs.

There is some good news: While these numbers seem shockingly high, it has been worse in the past. “It isn’t the highest number we’ve seen over the past few years,” said Anthony Fauci, the head of the National Institute of Allergy and Infectious Diseases. For example, in 2009-2010, there were about 288 flu-related deaths in children.

That said, we’ve still got a few weeks until we see an end to flu season. To help prevent the spread of flu, and help prevent this number from going up any higher, be sure to take action to protect yourself, and your child. It’s not too late.

Here’s what you can do:

What’s your tried and true way to protect yourself and your kids against the flu?