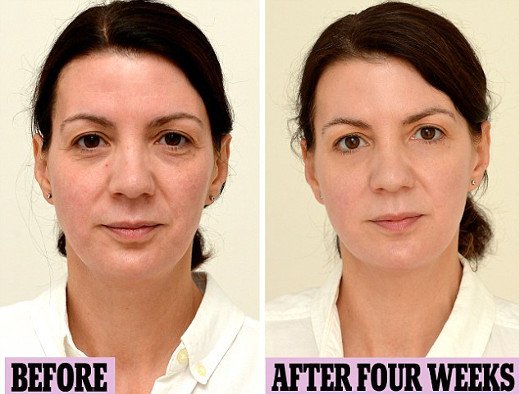 When Sarah Smith could no longer bear suffering through poor digestion and headaches for years, she decided to visit a neurologist and a nutritionist. And guess what – they both gave her the same advice. In order for her body to function properly, she needed to be drinking up to 3 liters of water per day.

While she knew, like most of us do, that we should be drinking more water on a daily basis, Smith decided to take the advice very seriously and embarked on a 28-day challenge to see if she experienced any lasting benefits on the water regime.

She made more trips to the bathroom (expectedly) and noticed that her sluggish bowels became more active.

She noticed that the blotches on her face starting diminishing and the shadows around her eyes became less pronounced.

Her skin became plumper and looked more nourished. She also found herself not as hungry in general because of the water intake and lost 1/2 inch on her waist. She also noticed that she had better concentration.

She lost yet another 1/2 inch in her waist. She writes:

I feel fitter, leaner and healthier, and my husband and friends tell me I look ten years younger. Who in their right mind would not want to try something which gets such incredible results?

Needless to say, she’s decided to extend her 3 liters of water a day regime indefinitely.