They Fell in Love While Imprisoned in a Concentration Camp. Here’s How They’re Doing 73 Years Later

Some people fall in love over a fancy meal at a fancy restaurant—and others? In a concentration camp.

Meet Max and Hanne Liebmann, a couple who laid eyes on each other in an insanely unexpected place, but 73 years later are more in love than ever. As one might expect, it wasn’t always sunshine and roses for this amazing couple.

Hanne and Max were both just teenagers in October of 1940, when each of their families were deported from Germany to a concentration camp in Gurs, France, where more than 18,000 Jews were imprisoned during Word War II.

Hanne was assigned to work in an office alongside a woman named Jeanne Liebmann— her future mother-in-law, though of course she didn’t know it at the time. Jeanne’s son, Max, would visit his mother, and – unbeknownst to him at the time – catch the eye of Hanne.

While dating wasn’t allowed, Max was allowed to visit other people as often as he wanted because of his status as a musician. And once he and Hanne began talking, they hit it off immediately. Max would continue to visit her (and his mother) and even get to accompany her on walks from time to time. 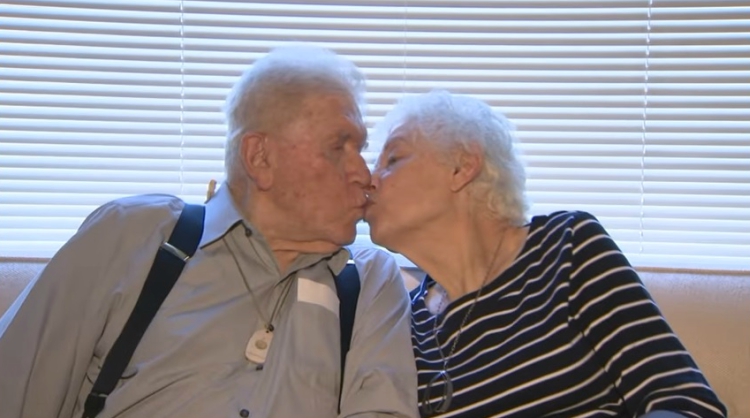 As they fell more and more in love, the deplorable conditions they were in were about to get worse. Hanne and Max were suddenly separated when they were transferred to different villages.

Hanne was luckier; she was sent to a place where she was no longer imprisoned. Max, however, was sent to a boy scout camp, where organizers denied him the false identity papers arranged for other boys because he wasn’t Orthodox. He was trying to get false IDs that labeled them as non-Jew—something many people did to help them escape France.

That next year, Hanne traveled back to Gurs after a relative wrote her telling her that her mother was sick. She knew she was putting herself in danger, but it was then when she was able to see her mother one last time—when she was put on a train never to return.

It was then she likely realized that she didn’t want to lose her one true love. On her way back to her village in Le Chambon, she made sure to visit Max. “I told him if he wanted to survive he needed to get to Le Chambon,” Hanne said.

And he did what anyone in love would do—he escaped to go see her. They weren’t able to see each other very often, because they needed to lay low after finding out about increased round-ups by the Nazis, but the good news was that in Le Chambon, Max finally was able to get a false ID identifying him as a Frenchman named Charles Lang. 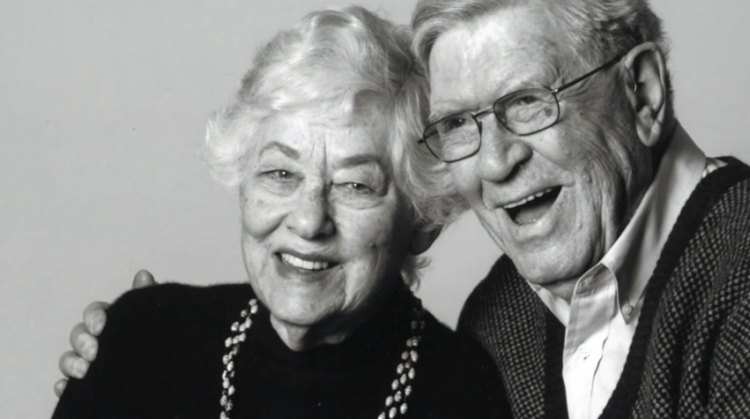 Hanne was able to get in touch with him and told him to go to Switzerland, where she had relatives, and to wait for her there. It was a long road to get there, but he finally did. And then Hanne did, using her false identify as Anne-Marie Husser, a Parisienne. They were reunited and finally safe.

“I can’t remember whether we did any more than walk and talk — [just that] we were so overwhelmed with the wonderfulness of being alive and realizing we had both made it,” she said.

It was in May of 1945 when they finally tied the knot in Geneva, Switzerland. They had their first child a year later, and then two years after that, made it to the United States.

However, it wasn’t a happily ever after for them quite yet; they had to be separated once more, this time for two years.

“[Max and I] had tuberculosis and were sent to a sanatorium for two years,” Hanne said. “We couldn’t share a room, but the worst thing was we couldn’t see our daughter for a year because doctors were afraid she would pick up the infection.”

Though a terrible wasted two years, that was the final time they were ever separated. And now 73 years later and still happily married, they took a look back at their love story. It wasn’t the most ideal of situations – to say the absolute least – but through thick and thin, they made it through.

To watch an interview on how Hanne and Max are doing today, and to hear more about their tragic love story, check out this video below.

What do you think of Hanne and Max’s love story? We’re so glad they’re alive and well today!