After Getting a Terrible Tip From a Group of Teens, This Frustrated Waiter Received a Note a Few Days Later

Anyone who has ever spent their days or nights waiting tables knows that being tipped fairly is an essential part of survival. You see, some states allow employers to pay their servers an ultra-low hourly of $2.13, a wage that is in no way a livable one. This makes it all the more important for customers to tack on that customary 18% to their checks!

That being said, not everyone either has the courtesy or the knowledge that it takes to be considered a “good tipper.” Now, there’s no reason to harp on the discourteous (hopefully karma will one day teach them to pay it forward), so let’s look at the diners who might not know about how tipping works yet, namely new restaurant goers.

Recently, a Reddit user and waiter by the name of Seminole shared his story of how one group of young teens made this ultimate faux pas, only to later correct their ignorance in pretty much the sweetest way possible. Seminole sets the scene for us; a gaggle of 13-year-olds walk into the restaurant in which he works, clad in homecoming dance attire.

He says that the kids were a gracious group; they were amiable and even thanked him “profusely” as they exited after their meal, but once the waiter went back to the table, he was met with quite the disappointing sight—a $3.28 tip. We don’t know what the final bill added up to, but we’re sure it was more than 15 bucks! 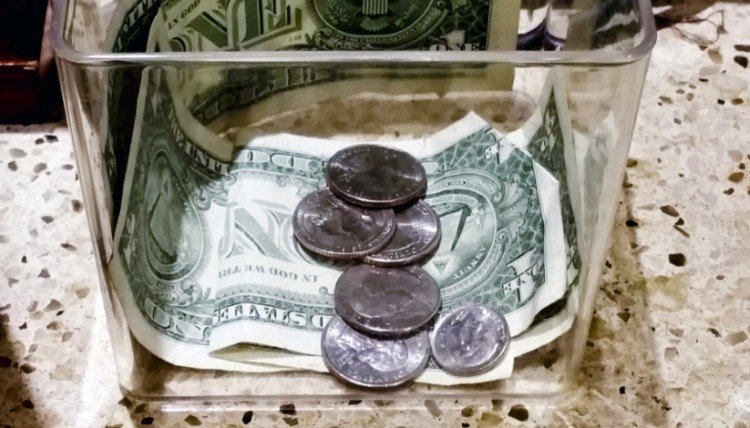 In the Reddit post, Seminole expressed his initial frustration towards the situation, but once he saw what was waiting for him at the restaurant’s front desk days later, his attitude quickly changed.

In an envelope was about “18 bucks and change” along with a handwritten note from none other than the group of Homecoming-bound teens. Talk about a surprise!

The author, who speaks on behalf of the entire group, explains that she and her three friends received great service. In fact, they all agreed that he was the “best waiter” they could ask for.

She expressed their appreciation for not being “treated like babies,” despite their young ages. It was their first experience eating at a restaurant without adults and—thanks to Seminole—it was a good one!

The teen also said that she and her group felt “HORRIBLE” when they realized that their paltry tip was nowhere near the customary 18%. Here’s the two-page letter where the teens explained themselves:

Of course, Seminole was completely touched by these teens’ words. In his post, he explained that he has been a longtime server, but until that day had never witnessed a customer come back AFTER the meal to correct a tipping error. We’ve seen plenty of generous tips in our day, but we have to admit that tipping after the fact is something new to us, too!

It’s great to know that this group of kids learned their lesson and returned with a sweet apology to boot. Something tells us there was a benevolent parent guiding them through this mea culpa!

We’d love to hear your thoughts on this tale. Have you ever made a tipping faux pas before? If so, did you go back to correct your flub? In your opinion, what’s a fair tip?