When She Couldn’t Find Her Child, She Got Help from a Surprising Source

Today, we’ve got a heartwarming story for you that has the happiest possible ending! Losing your child in public is potentially one of the worst feelings that a parent can encounter. Hey—we’ve all been there, everyone makes mistakes, but the moments when a child cannot be accounted for are absolutely terrifying.

We’ve got a video for you of a desperate mother who encountered this exact scenario at a high-profile sporting event, an exhibition tennis match featuring players Rafael Nadal, Simon Solbas, Carlos Moya, and John McEnroe.

Just as Nadal was getting ready to make a serve, he caught the sight of a panicked mother out of the corner of his eye. He then stopped the match as his teammates and the rest of the stadium focused on the commotion up in the stands. 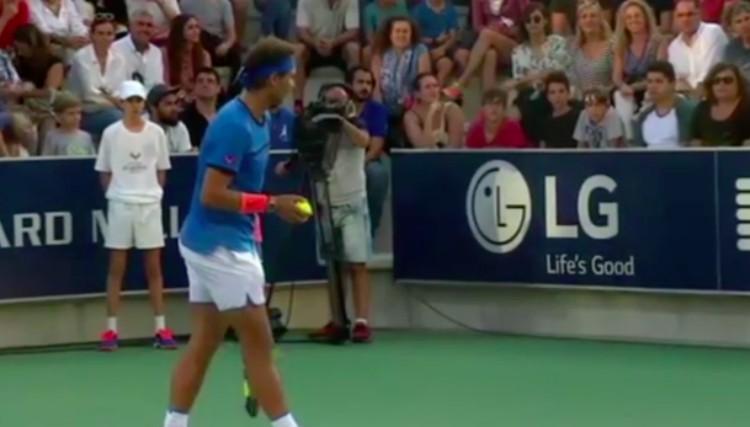 It was then that the cameras turned their attention to a crying woman who was obviously searching for her daughter. In the video, the woman screams, “Clara! Clara!” and is making flustered descriptions of her child to an attentive security guard standing next to her. 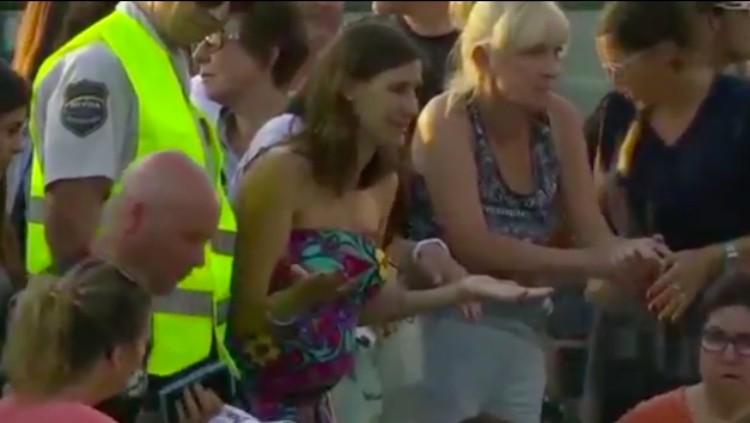 Very soon after, there is a shout from the other end of the stadium, and the camera pans over to see a cute, little, teary-eyed blonde girl. The mother rushes over to comfort her babe.

Both look shocked at what just transpired, but also absolutely comforted. I know that when I first watched the video, I took a huge sigh of relief when the two were finally able to reunite.

Right on cue, as if it were happening in a movie, the entire crowd erupts into elated applause. It seems that everyone watching was quite nervous about the fate of this poor girl.

Of course, the moment wouldn’t be complete without some foolery. Noted jokester John McEnroe gave a mock bawling display to the cameras once the match was ready to start up again. 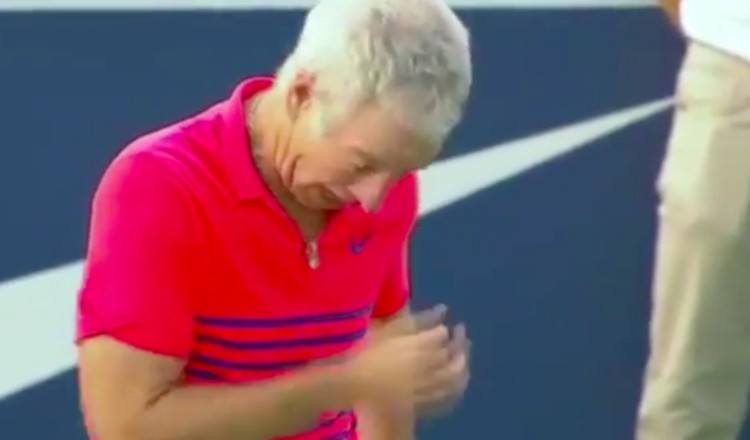 Though this video is short and sweet, with the best ending possible, it still has a jarring effect on many parents out there. Anyone who has cared for a young child knows that, even if you have an absolute hawk eye, kids sometimes just slip away.

Fortunately, experts have recently been more and more vocal about the precautions that parents should take when they are bringing their children to crowded public places, like sporting events.

According to Parents Magazine, every caregiver should be prepared to do these 3 things before they take their child out in public: