Remember how we told you about the 18-year-old who celebrated his birthday by finally getting vaccinated against a host of diseases? If you’ve been following the story, you know that Ethan Lindenberger grew up with an anti-vaxx mother, never allowing him to get immunized against diseases. Then, once he was finally legally able, Ethan got the vaccinations that he he believes will protect him from diseases such as measles, rubella and mumps.

The story drew so much attention that he was recently invited to testify before a meeting of the Senate Committee on Health, Education, Labor and Pensions regarding his decision.

As the youngest of five panelists, you’d think Ethan was intimidated. But he absolutely killed it. He spoke about how he has no hard feelings towards his mother, he just doesn’t agree with her opinion on vaccines, especially since she gets her information from scientific sources.

“For my mother, her love and affection and care as a parent was used to push an agenda to create a false distress. And these sources, which spread misinformation, should be the primary concern of the American people,” Ethan said at the hearing. “My mother would turn to social media groups and not to factual sources like the [Centers for Disease Control and Prevention]. It is with love and respect that I disagree with my mom.”

This was one of the main topics of concerns at the hearing– that there’s so much mis-information floating about the internet about vaccines, many of which has no truth or research behind it. 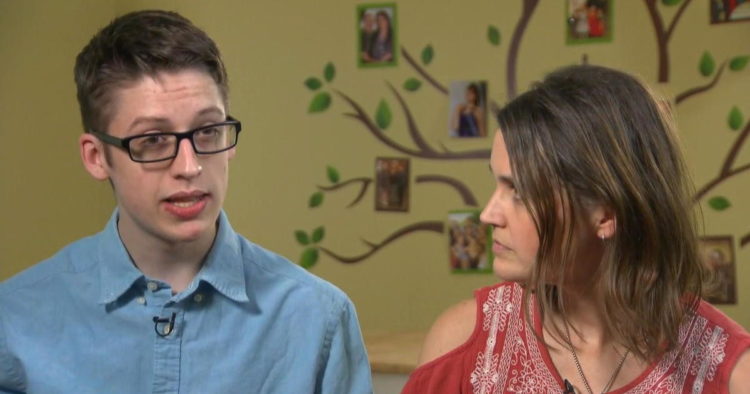 Speakers at the hearing proposed putting more money toward completing more vaccine safety research and campaigns that would help to counter false anti-vaccine messages. Ethan was in full favor of that.

“When you convince parents that their children are at risk, that’s a much more substantial way to cause people to change their minds,” he said. “People resonate better with stories. A large portion of the anti-vaccine information that my mom has provided me is on an anecdotal level. She would reaffirm her position because she would say that ‘she knows people’ and ‘heard stories.”

“He’s a great kid. I love him very much, but I feel what he’s representing is wrong,” his mother Jill Wheeler said. “It’s taken away our freedom of speech and my question is, what is going to be next?”

It’s no coincidence that the testimony comes among the ongoing outbreaks of measles, which the CDC states is a disease preventable by vaccines. Since the beginning of the year, the CDC has confirmed 206 cases of measles in 11 states, almost which all of the cases are on children who are unvaccinated.

If you’d like to hear snippets from Ethan during the meeting, check out the video below.