All of us were teens at one point or another, and most of us probably had our expected bouts of teenage angst. Let’s face it, even the best teens go flying off the handle and get into blowout fights with their parents. It’s basically just a fact of life. The only question of the matter is how each set of parents choose to handle their snarky teenage son or daughter. Some parents ground their kids or take away some materials objects – but some parents like to get creative. I’m sure some of us have experienced some interesting punishments for misplaced attitudes.

But I doubt any teen has ever had this EXACT punishment before, that’s how hilariously unique it is.

A classic parental move for a moody teen who loves to slam doors is to actually remove said door. When privacy is lost, you gain a whole bunch of perspective, I’ll tell you that from experience. But this dad decided to take the punishment to an interesting new level.

Fed up with his son constantly slamming his bedroom door in his face, this dad decided to take some action to teach his son a lesson. This picture was taken by the teen’s younger brother, who posted the image on Reddit last week and almost instantly went viral. Do you see the issue with the picture, besides the depressed look on this young man’s face?

Yes, his door is gone – but not entirely. 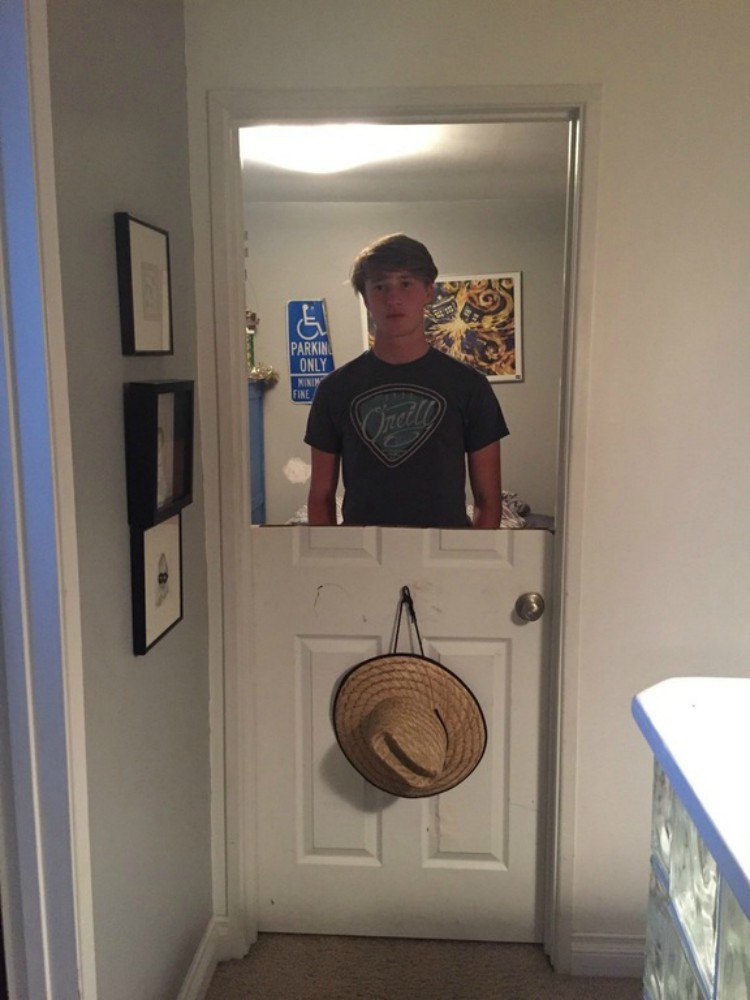 This teen’s dad literally went out to the shed, got his tools, planned a creative way to punish his son, and then got to it. What did he do exactly? He sawed his son’s door right in half, turning it into a half-door more commonly known as a Dutch door. (The younger brother who posted the picture goes by the user name “the Dutch Bandit,” so we’re wondering if the family is Dutch to some degree, or if that’s just a happy coincidence.)

Needless to say, this son won’t be slamming his door in his father’s face for a long while. At least until he’s saved up his money to go by a new door and hinges at the hardware store! 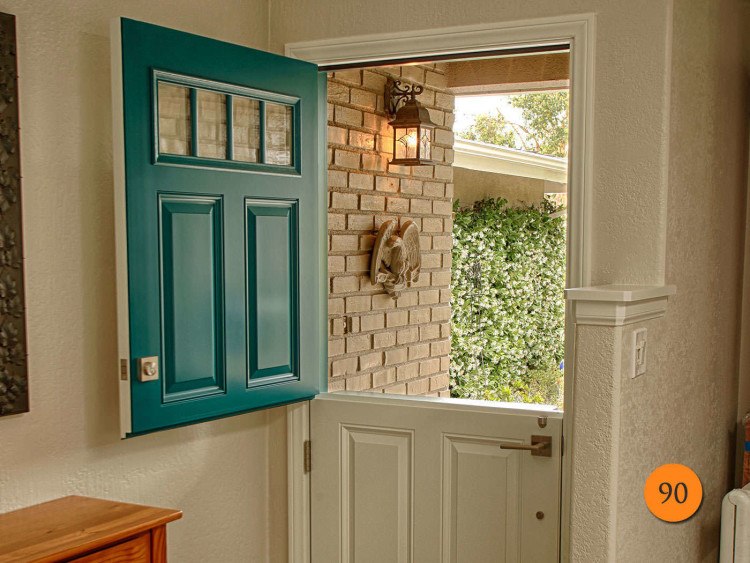 The picture on Reddit – which was captioned “When your brother gets his door cut in half as punishment for slamming the door” – has gotten over 2,200 views in the past week and hundreds upon hundreds of hilarious comments. Most people are relating to the teen’s pain by recounting times that their parents inflicted a creatively horrible punishment on them.

“My parents removed my entire door. Then gave it back to me for Christmas. Bow and all. Lesson learned.”

Yikes. Have your parents ever grounded or punished you in a creative way for your snarky teen behavior? Likewise, have you ever taught your kids a lesson in an ingenious way? Share your thoughts in the comments section below.