The coronavirus pandemic of 2020 has truly affected us all in one way or another—but teachers have arguably have had it a bit rougher than others.

Teachers become teachers because they love educating children. In fact, if you’ve ever spoken to a teacher, you’ve probably heard them describe the students in their class as “their kids.” That’s how close they get with them—and being separated where teachers can only see their students through a screen has been rough.

That’s why one teacher decided to get creative with how she can interact with her kids again—in person, even in a pandemic.

Kelsey Pavelka, a second-grade teacher in Indiana, decided to create a “quarantine hug station” so that she could safely hug her hugs without increasing the risk of exposure.

All she needed to create the hug station was a dozen reusable bags—and maybe a little creativity.

When the students found out about the possibility of hugging their teacher—who they clearly missed as much as Pavelka missed them—they were overjoyed.

“Most students ran up to my door squealing!” Pavelka said. “Then we hug a bunch of times and talk about all the things we’ve been doing. There’s usually a lot of jokes told and dance moves on display!” 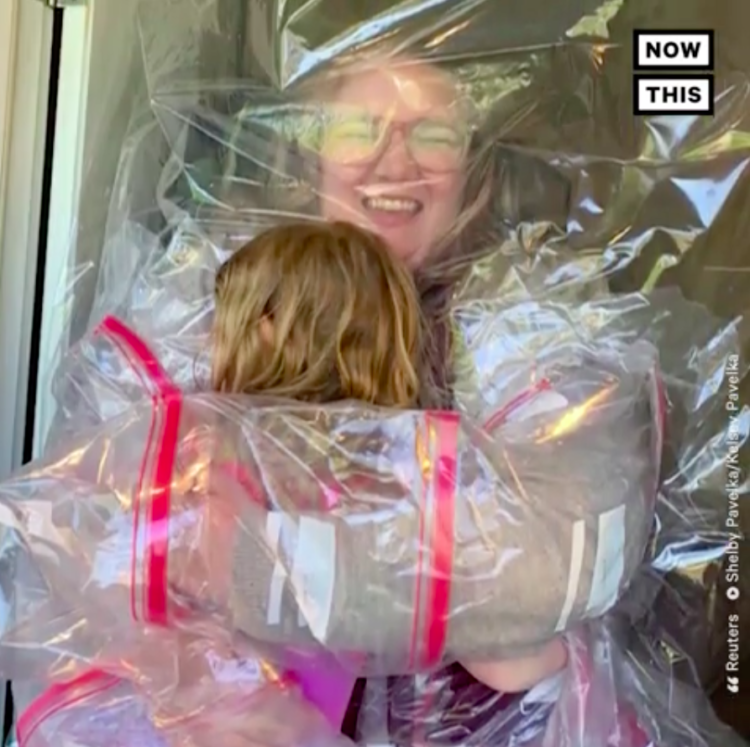 Pavelka came up with the idea after seeing a similar hug station someone created on the popular social media app TikTok. In the video she viewed, people were using the hug station to hug family members.

To make it kid-friendly, Pavelka also set up a stool for the kids to step up on to hug them. She also keeps a host of disinfectants on hand for the station as well to be extra safe.

“Many parents have shared that their student really needed this,” she said.

It’s true—students aren’t exactly handling being quarantined at home well. While they may have complained about school previously, many are depressed at home, missing their friends and even learning, too.

One of Pavelka’s students was experiencing similar feelings, and she said that the hug station helped him regain some normalcy and feel better.

“When they got back from my house, he hopped in the kitchen to make himself grilled cheese and he hasn’t wanted to do that in over a week,” she explained.

So sweet! To see how the hug station works in real life and to hear from Pavelka herself, check out the video below.

How sweet is this idea? Would you try it to hug someone you’re missing right now?