If you love to shop at Target (a.k.a. Tar-jhay), then you’re no stranger to the allure of its organized layout, stylish clothes, funky home décor section, and its overall swag factor. Many among us find it hard to resist.

How would such an obsession translate into everyday life? For one couple, Target is worthy of fancy wedding photos. Michael Delvalle and Isabella Sablan of Miami, Florida, made their magical wedding shoot all about the retailer.

The lovebirds met years ago as teens working at a Hollister store.  As the two dated, they spent much of their time browsing Target, visiting several times a week. Now, eight years later, the store has become a part of their love story and lifestyle and they wanted to immortalize that with pictures. The pair told ABC News:

“The basis of our relationship is built on Target. We probably go two to three times a week. We like long walks at Target instead of on the beach.”

“When we’re bored on a Thursday night, we would just go over there and see what we could find.”

Michael and Isabella hired pro photographer Evan Rich to do a shoot hours before their January wedding at the Miami Beach Botanical Gardens. On board with the unique idea, Rich had the duo pose in their wedding attire throughout the entire store.

They smooched in the middle of the frozen food aisle. Arm-in-arm, they gazed lovingly at each other in the red-and-beige entryway. They playfully perched on a bike in the toy section. They cruised down the aisles with their cart, stopping to try on shades, sit on Tar-jhay furniture, and play.

And no shoot would be complete without Target’s tantalizing snack bar getting some camera time. Say “Popcorn!” For most of the pictures, Isabella held her Target-red bouquet in her hand. As refined as these shots look, the photo shoot was done sort of guerrilla-style and the only ones that knew about it were the couple and their camera man. 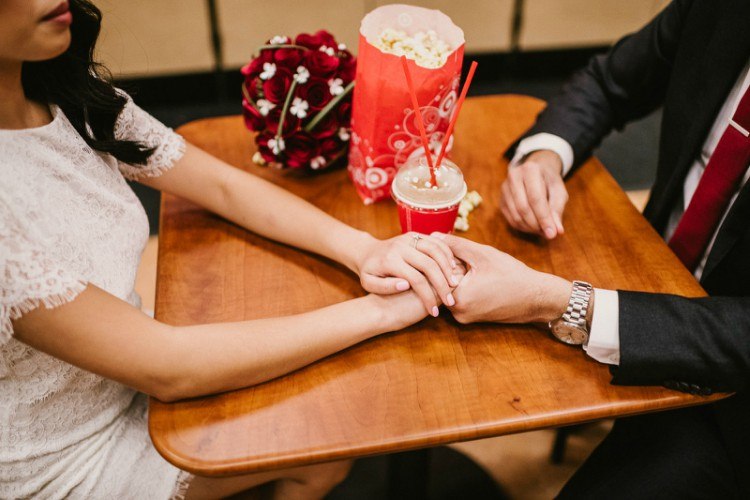 The newlyweds didn’t share the pictures with friends and family until after they received the finished package. While everyone was surprised they actually had the guts to pull this off, no one was surprised about the location.

So deep is their love for each other and their favorite retailer, that Michael and Isabella even created an Instagram page for the ubiquitous castaway cup called CupsOfTarget. That page has a healthy following, but hasn’t attracted nearly as much attention as these sweet and hilarious pics.

While they don’t have any plans to honeymoon at their favorite spot, more adventures in Target await them now that they’re married. And who knows? Perhaps there will be a maternity shoot sometime in the future? To see the rest of the adorable pics, head over to Evan Rich Photography! 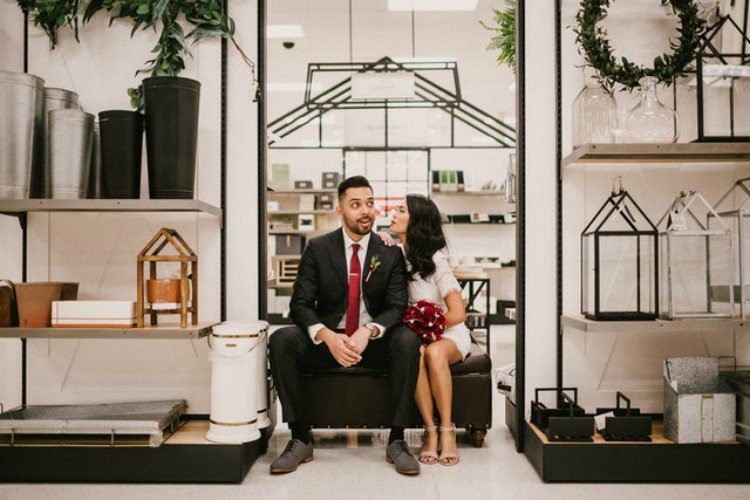 What do you think of this cute photo shoot? Can you think of a place like this that holds special meaning for you and your significant other? Would you do a wedding shoot like this?