Here’s What Really Happens When You Swallow Chewing Gum

When you’re a kid, your parents will tell you plenty of things in an effort to keep you safe and prevent you from doing something unwise. They obviously meant well, as we mean well trying to take care of our kids now, but most of these old wives tales weren’t even true.

Don’t sit too close to the TV, it’ll ruin your eyes.

Coffee will stunt your growth.

The list of well-intended white lies goes on and on. But one of the biggest ones that’s been drilled into our heads is the legendary chewing gum myth – that if you swallow chewing gum, it will be stuck in your system for seven years.

It’s not as if this is an easy warning to brush aside. Gum isn’t regular food or even regular candy; we completely bought into the myth that sticky, thick gum is difficult to pass through your system. Seven years might seem random, but if your parents said so, right? 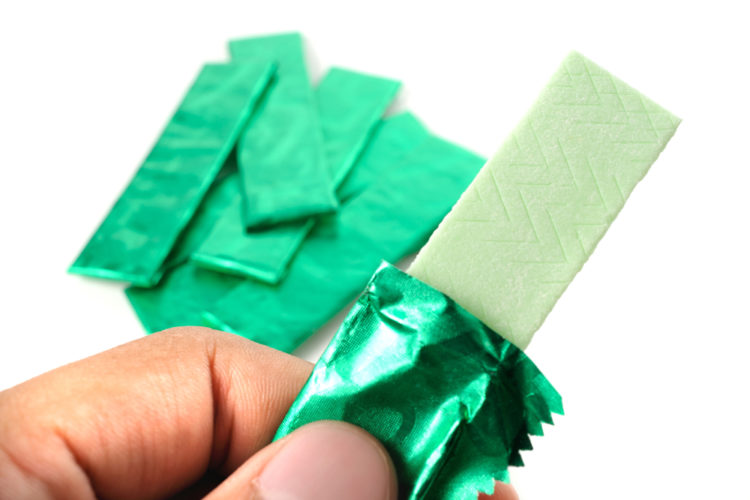 But, as it turns out, this is just another falsehood! Gum doesn’t take seven years to break down in your digestive system…the shocking truth is that it actually never breaks down at all.

Gum is made of many things ranging from tree sap to processed rubber, all of which make the substance completely undigestable. However, that doesn’t mean swallowed gum is doomed to dwell in your body for all eternity.

According to physician David Milov, who spoke to Scientific American on the subject, there is a way that gum can come out the other side even if it’s undigested:

“It probably passes through slower than other foodstuffs, but eventually the normal housekeeping waves in the digestive track will sort of push it through, and it will come out pretty unmolested.”

The only exception to this rule is if you swallow many pieces of gum in a short time frame. Eating too much at once will make it impossible for your body to keep up with expelling the gum and it could eventually clog your system.

Did you believe in this myth when you were growing up? Do you think the scientific truth behind swallowing gum is better or worse than what we were brought up believing? Share your thoughts and make sure to watch the video below to learn more!