If You’re Weighing Yourself with Clothes On, Here’s What to Subtract to Get Your Real Weight

If you’re like me, anytime you step on a scale fully clothed, you wonder “how many pounds are my clothes adding?” This always happens at the doctor’s office. Being weighed there feels so official, and I wish I knew if my number was being thrown off because of clunky boots or whatever else I decided to wear that day.

Well, we don’t have to wonder anymore! Thanks to a study completed at the Grand Forks Human Nutrition Research Center and published in the International Journal of Obesity, we’ve got a great ballpark number for how much weight our clothes add when we step on the scale. 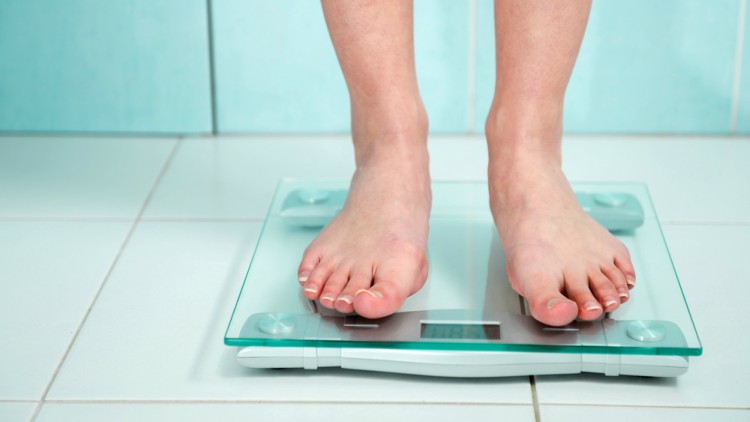 Researchers tracked the weight of a group of 50 men and women across an entire year. Each time they checked, the people were weighed with and without clothing. The results? Women’s clothing added an average of just over 1.75 pounds, while men’s added just over 2.5 pounds.

If you’re at home and weighing yourself, it’s no big deal to shed your clothes before getting on the scale. But what if you’re at a simple doctor’s checkup, or somewhere else where you don’t (fully) undress? Based on this study, feel free to ask them to subtract the excess clothing weight from your number. The study didn’t factor in shoes, however, so make sure to take those off before you’re weighed.

You might also be wondering if you can subtract more in the winter — a thick sweater would add more weight than a t-shirt would in the summer, right? According to the research, there is some variation across the seasons, but not much: a maximum of 0.8 lbs for women and 1.3 lbs for men.

Those doctor visits only happen every so often. What should you do if you want to keep an eye on your weight at home? For most of us, the best thing to do is to weigh yourself every day. Try doing it first thing every morning, right after you go to the bathroom. Set your scale on a hard, flat surface (no carpet), and stand still. Studies show that keeping a consistent watch helps you maintain a healthy weight, and stay on track if you’re trying to lower it.

Why does this work? If you weigh yourself everyday and notice a spike, you can think back and realize things like “oh, it’s probably because of everything I ate at that birthday party yesterday.” Then you can focus on making a small, manageable change to help balance things out–say, stick to a salad for lunch.

That can actually be a lot kinder to yourself than checking the scale infrequently. If you haven’t weighed yourself in two weeks, then step on the scale and see you’ve gained a couple pounds, it’s harder to see the cause. That can be discouraging, and make you feel like you need to change your diet drastically–which rarely works. Basically, be mindful, but don’t judge yourself!

Do you have a routine for weighing yourself? Have you ever asked about subtracting clothing weight?