What Strep Bacteria Did to These Girls

School-aged children tend to attract illnesses like magnets, and infections range from the common to the uncommon. Pinkeye, stomach bugs, colds, and lice are just a few that parents can manage at home, but sometimes things get a bit more serious.

When parents notice that something is way off with their child, that maybe a regular round of medication just won’t do it, they rely on doctors to save the day. But what happens when physicians miss it the first time?

Two North Carolina families are spreading awareness about a condition called PANDAS – short for Pediatric Autoimmune Neuropsychiatric Disorders Associated with Streptococcal Infections. Its onset is caused by strep bacteria that have not been fully eliminated with antibiotics, leading to complications in the brain.

Josie Andrews’ mom states that her daughter’s personality changed overnight, while Riley Wilson’s mother says her daughter became obsessive-compulsive with her behaviors. Both moms say it all started with strep throat. 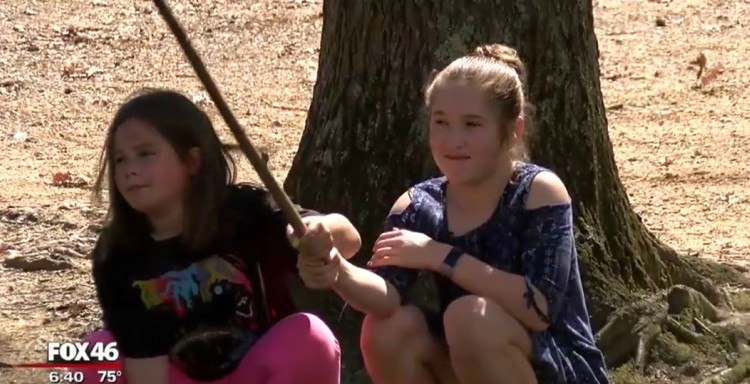 Fox 46 Charlotte
With PANDAS, there is no lab test available to diagnosis it, so physicians evaluate a set of symptoms to determine whether a child has it. According to the NIH, symptoms can include: tics, OCD, separation anxiety, changes in speech or writing, mood swings (sad, irritable), or ADHD-like behaviors. The key is that these symptoms typically appear suddenly. Still, it’s not always so cut-and-dry.

Strep bacteria that causes PANDAS hangs out in the body and mimics normal cells. When the body finally detects the invaders, the immune system creates antibodies that attack not only the bacteria, but normal cells too. Unfortunately, this autoimmune response wreaks havoc on the brain.

Many pediatricians are reluctant to diagnose PANDAS either because they’re unaware of it, or they assume it’s generally just OCD or tics. The Pandas Network states that if caught early with antibiotics, moderate to dramatic improvement is possible. However, left untreated, PANDAS can cause long term cognitive damage.

Though Riley was diagnosed in kindergarten, the fifth grader has to take antibiotics on a daily basis to manage her symptoms. Josie’s case requires IV immunoglobulin treatments that aren’t covered by insurance. Josie’s mom states that insurance companies consider PANDAS treatments to be experimental, therefore costs are paid out of pocket.

Both girls’ moms hope to raise awareness for PANDAS so that doctors become better informed and treatments are more readily available. Watch the video to learn about what they’re doing in the community to bring attention to PANDAS.

Without a blood or neurological test available for a diagnosis, it’s often hard for physicians to make a firm diagnosis. In some cases, symptoms immediately follow a bout with a strep infection, yet in others, they may not appear until months later.

NIH notes that not all children with tics or OCD have PANDAS, and parents should look for abrupt changes in their child’s personality or behavior. Doctors will determine whether OCD and tics seem worse after exposure to strep bacteria.


What do you think of these little girls’ stories? Do you know someone who has been diagnosed with PANDAS? Is your family living with a pediatric medical condition? Tell us in the comments!