You hear too many stories of an expecting couple going in for a routine ultrasound and finding something disturbing. Often, parents discover one of their multiples has passed, or that something is wrong with their precious unborn child. Luckily, this is not one of those stories.

Reena and Mike Roberts went in for a routine ultrasound when the father-to-be suddenly became fixated on the screen. And not out of joy seeing his future child – no, he was confused by what he was seeing.

At first, not even the Missouri couple’s sonogram tech saw what Mike was transfixed on. But once he pointed out the anomaly, it became clear to everyone in the room that there was something unusual about the ultrasound.

According to Reena’s ultrasound, she was not pregnant with a baby, but with a car! The image in the ultrasound is very clearly the outline of some type of automobile, and the couple couldn’t help but have a long laugh about it. 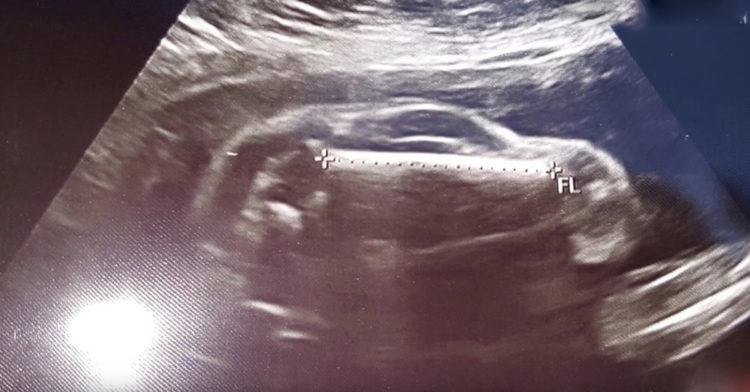 They weren’t the only ones who saw the likeness.

Mike shared the photo on Reddit, and the image quickly went viral as commenters tried to determine which car it was. Some suggested it was a Nissan 370Z, while some joked that it was merely a PT Cruiser – which they offered their condolences for.

No matter what car you think it might be, you have to admit that the resemblance is uncanny! We’ve never seen anything quite like it. 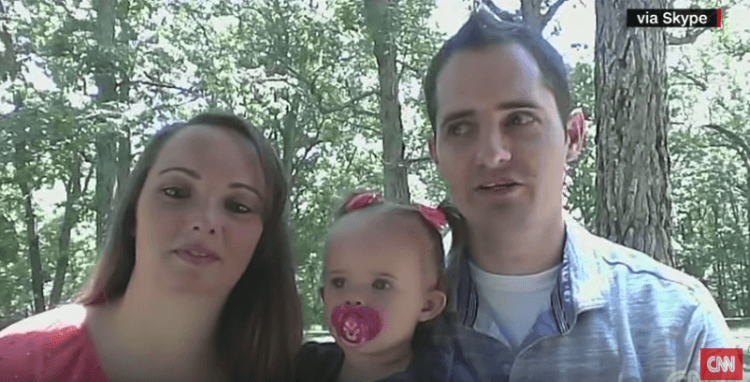 Mike likes to think the car is a new Bugatti, one of the most expensive cars in the world. One thing is for sure, whether the kid joins NASCAR or not, something about cars is clearly in his future! Also, he should be interested to know he was a viral phenomenon before his birth.

Mom has a pretty good nickname for her unborn son as well, calling him the “all-new Ford Fetus.” They better patent that, before Ford scoops it up.

These two new parents aren’t the only ones to ever seen funny figures in their ultrasounds. Images online show babies who look like they’re giving the peace sign or even a thumbs up…and then there are the creepier variety of images.

For instance, this sonogram image of a testicular tumor, discovered by a Canadian neurologist.

Clearly, you can see the image of some haunting face – although internet trolls quickly associated the image with the popular Austin Powers character, Mini Me, or Humpty Dumpty. Although we see the resemblance, we can’t help but be thoroughly creeped out by the image, don’t you agree?

Happily, the image that Reena and Mike found was not nearly so questionable. It’s really more funny than anything else! We hope they get a good laugh out of all the internet speculation and we certainly wish them nothing but the best with their brand new…um…car!

Have you ever seen a strange ultrasound like this? What’s the weirdest you’ve ever seen? Share your thoughts in the comments section below.