Most of us probably have some kind of morning routine. And for most of us, that probably involves getting a cup of coffee. Some of us may even have a barista at a local coffee shop who knows our order—but probably not many of us have one that would do what one barista did for her customers.

It wasn’t just any old day when Vince Villano, a former army vet, was off to Starbucks for his daily Trenta Vanilla Sweet Cream Cold Brew. This particular morning, he was pretty down in the dumps, and his daily barista at the DuPont Washington location, Nicole McNeil, actually noticed.

“I asked him, ‘What’s going on, Vince?’,” Nicole said. And while Vince thought it was sweet for asking, he didn’t want to bore a semi stranger with his reasonings—so he waved her off. 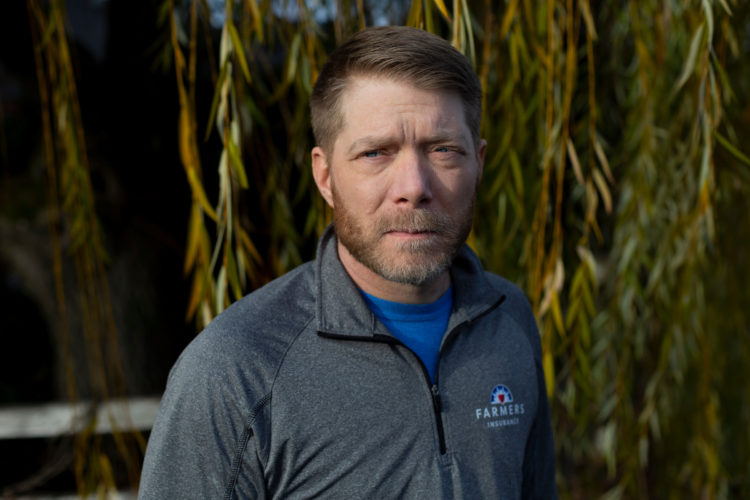 But Nicole persisted. She told him that she’d be off her shift soon and that she’d welcome him to talk to her, if he felt comfortable. Okay, he figured, why not? And good thing he did.

Nicole listened carefully to Vince, who was dealing with a pretty serious problem. Vince has had Polycystic Kidney Disease, a genetic condition, for the past 10 years, but this day he walked into Starbucks was after his first day of dialysis.

After having the disease for so long, he had found out that the disease had done lasting damage to his kidneys, filling them with cysts that have grown to the size of footballs, even starting to affect other organs now.

Vince had just found out he needed to be put on the waiting list for a kidney transplant, which has an average wait time of 4-5 years.

“When I was first diagnosed, I felt like, ‘Well, I’m dying’,” Vince said. “It was not my first encounter with mortality. I had some situations in military. But this was really out of my control. There’s nothing you can do. It’s kind of black cloud that hangs over your head all the time.”

Though Vince and Nicole’s relationship was only coffee buyer to coffee barista, Nicole thought long and hard that night after her conversation with Vince about what she could do. She even vented to her husband, Justin McNeil, about it that night. And his answer was miraculous.

He said, “I have a kidney. He can have mine,” Nicole recalled. “I mean, before he knew anything else about the man that was his first thought.”

Nicole arranged for Justin and Vince to meet. She even began to invite Vince over for get-togethers and holidays too. And soon enough, Justin and Vince’s bond grew. They were both dads. Both army vets. They were truly like brothers. 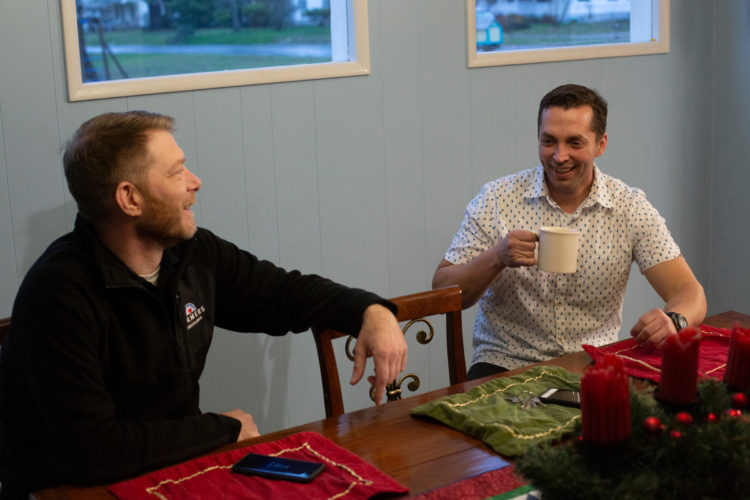 As their bond grew, Justin wanted to help Vince out even more. He decided to take some tests to see if he’d really be a match for Vince.

And incredibly, he was! In fact, he was “as close a match to Villano as possible without the two of them being related,” Starbucks reported.

And so they scheduled the transplant date—a significant date of December 26, 2018, which was Justin’s 36th birthday.

Why Justin decided to help Vince before even knowing him

“I would say that there are not many people that would doing what he’s doing,” Vince said. “I don’t know that I would do it.”

“In the end, it really is a life-or-death question. And so it makes it a non-question,” Justin said. “We’re all called to give and attempt to make a difference and to do it unselfishly and if you can do that, if you can do your small piece and just be satisfied with it. The point is just to simply attempt to make a small difference and then you’ll probably find that it’s bigger to somebody out there.”

We’re happy to say that surgeries for both Justin and Vince went great, and Vince’s new kidney is functioning just as it should. “It’s truly the gift of life—of a second life,” said Dr. Partha Raguram at CHI Franciscan in Tacoma.

Can you believe this incredible story? Would you ever give your kidney to a perfect stranger?