What’s the first thing that comes to your mind when you think of our national anthem? Perhaps it’s fireworks, warm summer nights, baseball—maybe even Whitney Houston.

The song used to bring up the same images for us, too–until we heard Joe Everson’s unique rendition. Now all we think of when we hear “The Star-Spangled Banner” is paint…

Bet you never thought you’d ever read that sentence!

Everson, a professional painter from Taylors Mill, South Carolina, has worked since childhood to perfect his art skills, but he also happens to be a pretty darn good singer, too! Over the past several years, the Renaissance man has dedicated his time to travel across the country to conduct art performances like no one has ever seen before.

You see, Everson sings the national anthem while painting a patriotic work of art upside-down in front of crowds that sometimes consist of tens of thousands of people. Yep, this ain’t your grandmother’s national anthem singer—he truly is in a league of his own. 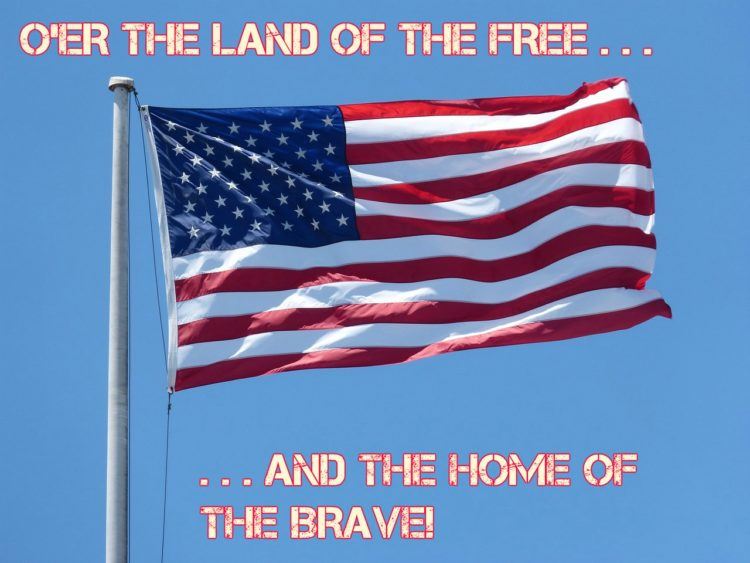 The artist and singer is currently in his second year of wowing sports audiences with his inspired and ultra-creative displays of patriotism. To date, he has traveled to hundreds of stadiums, has been featured on dozens of television shows, and has even amassed hundreds of millions of views on social media.

The success is all fine and good for the artist, but Everson is a man who is not just doing this for the accolades; his mission is a deeply personal one. In an interview with Fox and Friends, the artist and singer revealed that his initial motivation behind the patriotic series was his cousin, Benny, a member of the military who died, and subsequently earned a purple heart, fighting for our country.

A friend of Everson’s suggested that he merge his love for country with his art skills—an idea which later became known as “Project Benny,” the very national anthem art display that he is so famous for today.

Everson also disclosed that he had bigger plans to expand his project in the future. He ultimately hopes to move from being an anthem singer to a full-blown half-time act. This move would give him more time than the minute and a half it takes to get through “The Star-Spangled Banner.” According to the Everson, these shows are “right around the corner.”

Now that you know all about this artist’s one-of-a-kind tribute to his country, it’s time for you to see his unique brand of multi-tasking patriotism for yourself. To see his impressive painting—and singing —skills, be sure to watch the video below. And, before we go, make sure you WAIT UNTIL THE END; that’s when this performance goes from great to mind-blowing!

We’d love to hear your take on Joe Everson’s version of the national anthem! Have you ever seen the singer/painter perform in person before? Who sang your all-time favorite rendition of “The Star-Spangled Banner?” What’s your favorite patriotic song?