Experts Share Their Opinions on Spanking As a Punishment

Now, we don’t love to throw contentious issues in your face – on the contrary, we usually prefer to show off cute dogs and babies! – but there are times when new information is released that is too important to keep to ourselves. It turns out that a disciplinary technique that went out of style some time ago may be continuing to rear its ugly head. Here’s the scoop.

Researchers from both the University of Texas at Austin and the University of Michigan have compiled a report confirming the popular belief that spanking can have a negative psychological effect on a child, even years after being administered.

Whether you’re a supporter of this type of discipline or not, it’s hard to argue against these findings. The study, which was published in the Journal of Family Psychology, followed approximately 160,000 children over a 50-year span, making it the most complete analysis to date of this controversial form of punishment.

Perhaps not surprisingly, the authors of the study, Elizabeth Gershoff and Andrew Grogan Kaylor, gathered together the outcomes and found that now, as adults, the group that had been spanked as children were more likely to exhibit anti-social behavior and suffer from health problems.

Going further, the two also believe that this form of punishment does elicit the same types of symptoms that abuse survivors experience. Gershoff explains, “We as a society think of spanking and physical abuse as distinct behaviors. Yet our research shows that spanking is linked with the same negative child outcomes as abuse, just to a slightly lesser degree.”

Despite the social taboo associated with spanking, the act itself isn’t technically illegal, though it could fall into the realm of child abuse under some legal gray areas. Nonetheless, it’s quite clear that no parent wants to admit that they fall prey to chastising their own child in a way that may be considered to be brutal.

In fact, in a 2016 study from Zero to Three, a staggering 30 percent of parents who spank their kids several times a week say that they “don’t feel ok about it.” Compounding this is the some 77 percent of the same group who feel this form of corporal punishment is “not one of the most effective methods of discipline.”

So, these statistics raise the question: Why do we spank if 1) we feel guilty about it, and 2) we’re not sure that it’s all that effective in the first place?

Now, we’re guessing that any parent out there can answer this question quite quickly and honestly—because we want what’s best for our children! Unless you’re a cold-hearted individual, it’s safe to say that your aim isn’t to hurt your little ones, but sometimes it’s challenging to be consistent with a preschooler who is constantly acting out. 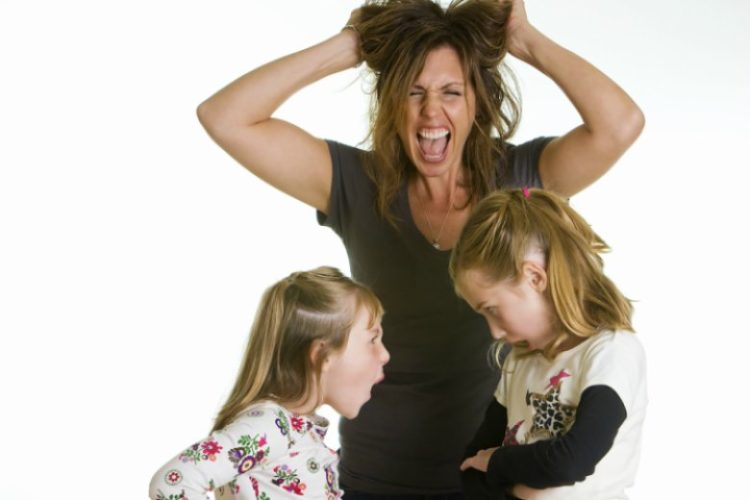 A word from the spanking advocates

After reading about this study, you may be saying to yourself: Well, I was spanked, and I turned out just fine! If so, then your experience most definitely warrants some attention; let’s spend a bit of time on the flip-side of this polarizing issue.

One of the most vocal spanking advocates around is Christian-based Focus on the Family, an organization which was originally founded by psychologist James Dobson back in the seventies.

In an opinion piece written for Time in 2014, Focus on the Family’s director of counseling Dr. Jared Pingleton, explains that “spanking [. . .] can be one effective option among several in a parent’s tool chest as they seek to steer their children away from negative behaviors.”

The psychologist goes on to clarify that there is, of course, a time and place for choosing this type of punishment. He says, “Generally speaking, we advise parents that corporal discipline should only be applied in cases of willful disobedience or defiance of authority—never for mere childish irresponsibility.”

Another campaigner for this school of thought is Dr. Diana Baumrind from the University of California, a psychologist who has made a career out of researching authoritative disciplining methods. Instead of promoting the virtues of spanking, she argues that the act does not necessarily have a long-lasting effect on a child’s psyche as they grow into adulthood.

According to the New York Times, in a 2001 talk given at the annual meeting of the American Psychological Association, Baumrind stated that “When parents are loving and firm and communicate well with the child, the children are exceptionally competent and well adjusted, whether or not their parents spanked them as preschoolers.”

Whew! What a complex issue this is! Take a look at Science.Mic’s article here to get even more information on this groundbreaking study. No matter what side you’re on in terms of this issue, we think it’s most definitely important to educate yourself. Our kids are the future, after all!

Now it’s your turn to give us your two cents on spanking! What are your thoughts regarding this form of discipline? Do you believe that spanking is effective? Were you spanked as a child? Tell us all about your thoughts and experiences in the comments section below! 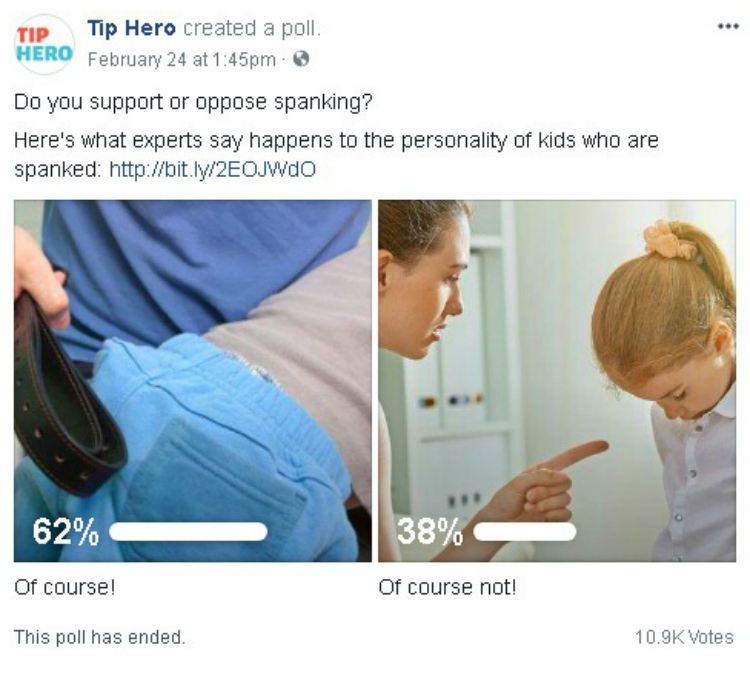 Over half of polled TipHero readers support spanking!

Surprised? Or are these results what you expected?