Why Southerners Call Every Single Type of Soda “Coke”

I live deep in the heart of Coke country, where tourists and locals alike can go and visit the Coca-Cola museum in downtown Atlanta. If you order a soda – yeah, I said soda – around here, chances are you’re ordering a Coke.

And that’s not necessarily because Coke has a grip on businesses around here, but because all soft drinks are generically referred to as cokes. (Notice the lowercase spelling.) It’s a Southern thing! Native southerners may offer you a coke, and then ask you what kind you want.

You’ll either be confused or answer Mountain Dew, Sprite, or whatever other drink you desire that isn’t water or sweet tea. Why is that? One survey conducted back in 2003 shows that regional dialects have much to do with it.

More than half of respondents said “soda”, with most of them concentrated in the Northeast, California, and Great Lakes area. “Pop” reigns in the Midwest and came in at 25% in the survey, while “coke” ruled the South and parts of the Midwest too. 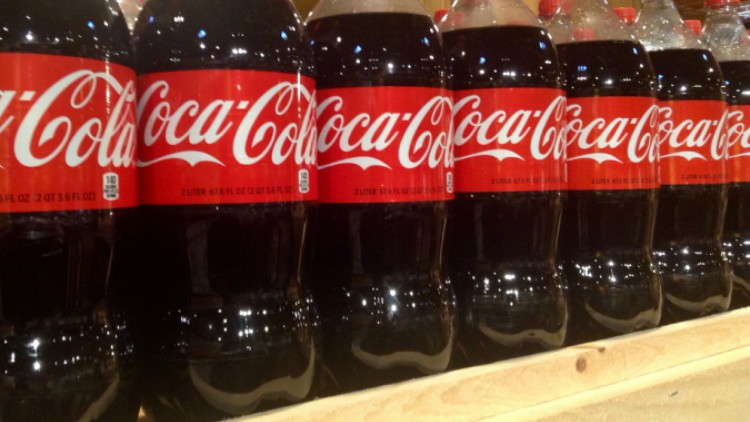 So, how did the South get here? It’s thought that the origin of Coca-Cola played a huge role. When the drink was first invented by John Pemberton in the late 1880s, it was sold as a formula for fountain drinks.

Prior to this death in 1889, Pemberton began selling stakes in his Coke business, eventually allowing the formula to fall into the hands of a prominent businessman. By that time, the drink had already become popular, but it wasn’t until the mid 1890s when things really shot up.

The first Coca-Cola bottling plant was set up, and finally Coke could be widely sold and distributed. Although Dr Pepper and other drinks had been around for a while, that move made Coke a superstar in the soft drink game.

It was everywhere, and it’s thought that because of that ubiquity, the term “coke” became synonymous with soda down South. If you think of a carbonated drink, you think of Coca-Cola. Visitors and transplants to the South may not realize that even if you don’t like Cokes, you’re indirectly buying one when you grab that Pepsi cola— if you can even find Pepsi.

In some cases, you may be upsetting the balance of good and evil in the universe if you order something that’s not a Coca-Cola product. Among soda drinkers, you’ll find hard lines are drawn in terms of brand loyalty. Coke? Pepsi? Other? We asked some of you Tip Heroes your thoughts on the soda debate and here’s what some of you said:

Love my Pepsi! Have left Restaurants that don’t sell it. That is my first question when I go to a new restaurant. If they don’t sell Pepsi I walk back out the door.

Pepsi please, everyone can have coke. I’ll only use coke to clean rusts and whatever else it will clean. I’d rather die from Pepsi than drink coke.

Coca Cola …I really hate when a waitress says we only serve Pepsi, is that Ok…Hell no its NOT ok.

To hear more about the South’s love for the Coke brand and soda preferences, click on this video from Southern Living. And should you ever stop at an eatery in the South, you can go ahead and order anything besides a “coke” when offered. Enjoy that Pepsi or Dr Pepper!

Tell us where you’re from and if you say “coke”, “soda”, or “pop”. Did you know why so many southerners call sodas coke?