It’s finally officially fall in the U.S.! Leaves are falling off the trees, the air is getting chillier, and, best of all, tons of stores are starting to showcase all their goods for Halloween. We’re not just talking about the home stores with all their glittery pumpkins and skeleton décor; we’re talking about supermarkets!

One of our favorites things about the fall season is getting to pig out on all the yummy candy, especially around Halloween. Kit Kats, Butterfingers, Reese’s, we love them all. But the mother of all fall candies? Candy corn. It might be a bit a controversial candy, but no one can deny the sweet, chewy candies are truly unlike any other (and totally scream autumn!).

Some people may disagree, but I personally wouldn’t change a thing about candy corn. But recently, it’s been brought to the public’s attention that there’s a new variation of the candy: South Patch Kids candy corn.

Now, there’s been plenty of candy corn variations before: M&M tried to crate a candy corn flavor, for example. But that was chocolate. Sour Patch Kids are chewy, sour gummy candies that make your mouth pucker. We love ourselves a Sour Patch Kids, don’t get us wrong, but we never thought to combine it with a candy corn. We’re just not sure the flavors really meld well together—or do they?

Luckily, a known foodie Instagram account Junk Banter spotted the candies himself and decided to try them out and review them for all of us who are curious. 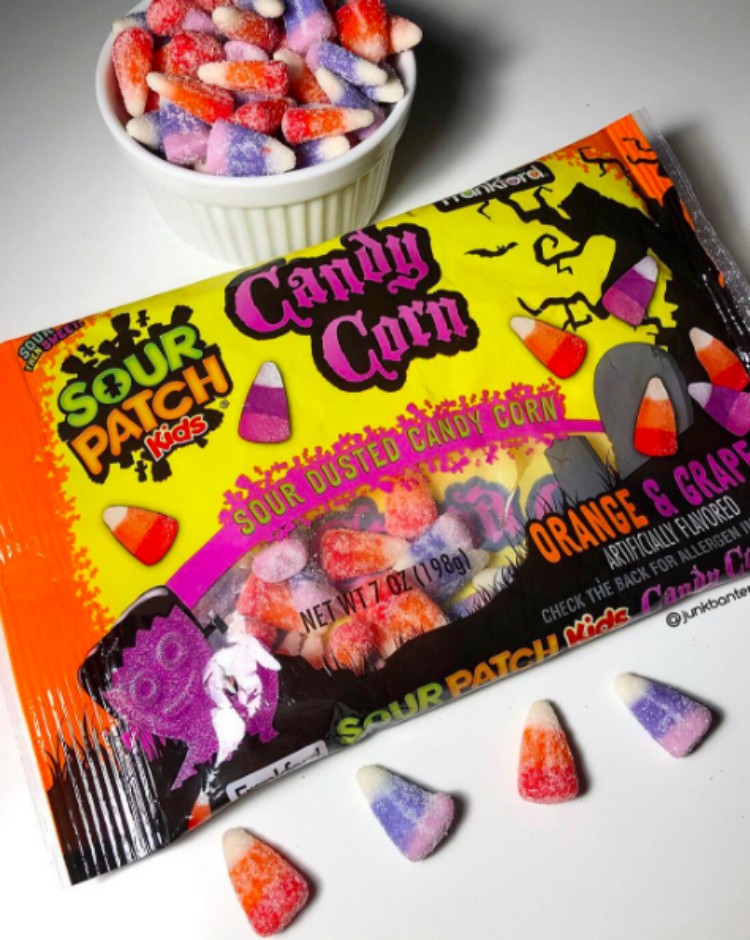 Here are the deets: There are only two flavors of the sour candy: orange and grape (arguably some of the least popular flavors to exist). However, we’re happy to report that he was “pleasantly surprised” at how much he liked them.

“Going with only orange & grape was a bold, bold move, but I’m especially in love with the grape,” Junk Banter posted on a recent Instagram. “It has a powdery sweetness and tastes like a sour, kickass version of Big League Chew. The orange is less special but good nonetheless.”

That said, another junk food Instagram account called JunkFoodMom refuted this, saying that they do in fact resemble our beloved candy corns. “These are orange and grape flavored candy corn with a dusting of Sour Patch goodness. They taste like a gummie but have that crumbly candy corn texture,” she posted.

Looks like we’ll just have to try it out and see for ourselves how these really taste! So where can we get them?

So far, it seems like the new candy has only been widely available at Dollar General and Amazon, but it’s should also be in stores such as Walgreens, CVS, BJ’s Wholesale Club, Dollar Tree, Family Dollar, Dollar General, Meijer, Kroger, and Safeway, and should be available through October 31.

We’ll certainly be on the lookout! What about you, will you be trying these new Sour Patch-dusted candy corns? What Halloween candy can you absolutely not give without?