If you’re anything like me, oftentimes, you find yourself making that nightly trek to the toilet. There’s just nothing fun about having to tiptoe to the bathroom hours before your alarm is set to go off—especially if you have a partner who has the tendency to leave the seat up!

Now, let’s be honest; everybody knows that this problem tends to get a heck of a lot worse as you get older. That’s why so many of us out there may have not investigated the annoying occurrence thoroughly enough. And though age certainly does have something to do with frequent urination, your diet may be playing a big part in it, too.

You see, the condition of waking up and needing to pee at night – or nocturia, as it is scientifically known – is found in people of all ages.

Japanese researchers from Nagasaki University had a suspicion that sodium may have something to do with all of that nighttime fuss, so the team conducted an experiment: they told a group of 223 members to cut their sodium intake by roughly 20 percent.

At the end of the trial, it was found that the participants reported having to get up in the middle of the night a whole lot less. On average, their frequency dropped from 2.3 times per night to 1.4 times!

If you think that excess sodium might be the culprit for your midnight visits to the toilet, then good news—it’s not the hardest thing in the world to cut down on. Here are some of the simplest ways you can reduce that salt intake:

As always, be sure to consult your doc before you make any drastic changes to your diet. He or she will know what’s best for you!

To learn even more about how sodium can play such a big part in those aggravating nocturnal visits to the potty, be sure to read The Telegraph’s article here. 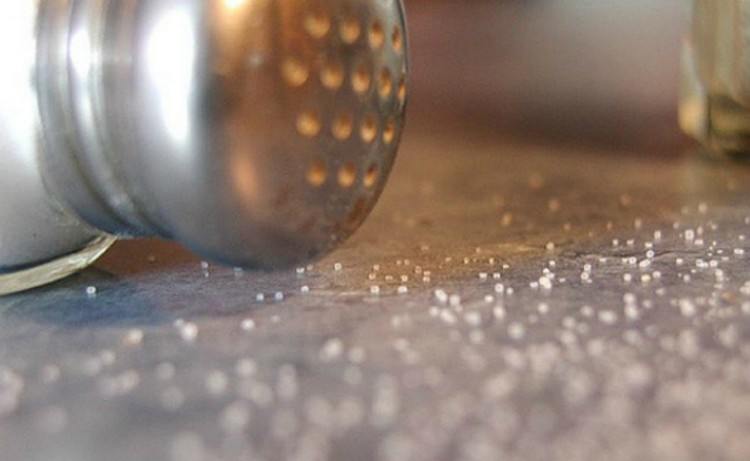 Do you make frequent bathroom breaks in the middle of the night? Have you lowered your sodium intake in hopes of making your problem better? If so, do you have any advice for those out there who are considering making the change? Tell us all about your thoughts and experiences in the comments section below!