Police Go to Write a Ticket for This Illegally Parked Car, When They Notice Something Weird About the Vehicle

Winter: it’s wet, it’s cold, it’s downright depressing and, if you live in the Great White North, it’s really, really snowy. Take, Montréal, for instance. The French-Canadian metropolis averages a whopping 7 FEET of snow annually. To put it into perspective, that’s about double what Milwaukee sees in one season.

Because Montréalers have to deal with so much of the fluffy white stuff, the intrepid city slickers are forced to make the most of it. And, though inhospitable weather usually means that residents and visitors enjoy the beautiful city indoors by cruising the many museums and eating lots and lots of poutine, some have found ways of making the snow entertain them.

Today’s hero, Simon Laprise, did just that when he decided to pull an epic practical joke on Montréal’s snow removal crews by gathering up feet and feet of snow and carving it into a “car.” Confused? Here’s some background…

Like most major cities, Montréal implements “no parking” curb zones during particularly fruitful snow storms and Laprise knew that a “car”—real or not—parked in the middle of a snowy street would get some attention. We know, we know; it’s quite the risky undertaking, but if you think about it, Laprise technically wasn’t breaking the law.

The artist and machinist spent a couple of hours forming his dream car—a Back to the Future-inspired Delorean DMC 12 and the end result was pretty dang cool!

Laprise’s snowy rendering of the famous time-traveling vehicle looked pretty legit. So legit, in fact, the snow removal crews automatically assumed it was a real, snow-covered car and called the Montréal police to issue its “owner” a ticket. 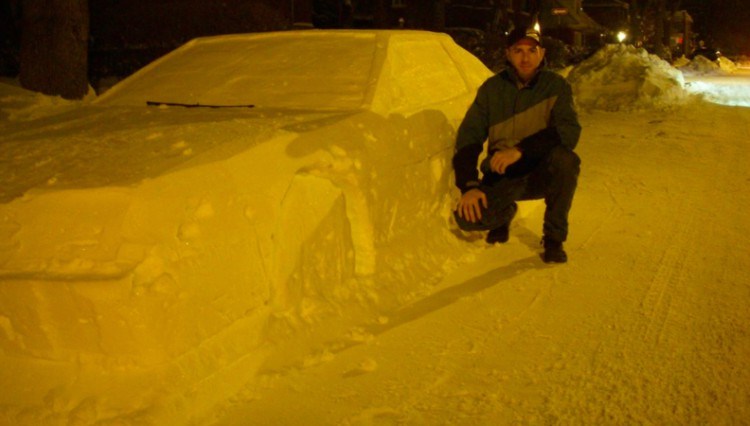 The best part about all of this is that Laprise was able to capture the moments when the confused cops approached the vehicle and subsequently realized that they couldn’t issue a ticket to what was nothing more than a massive, albeit inventive snowball.

Luckily, the police had a great sense of humor about the situation and didn’t give Laprise a ticket (not like they had much of a choice in the matter, if you think about it!). Instead, they left a sweet note on his ice-cold “Delorean.” 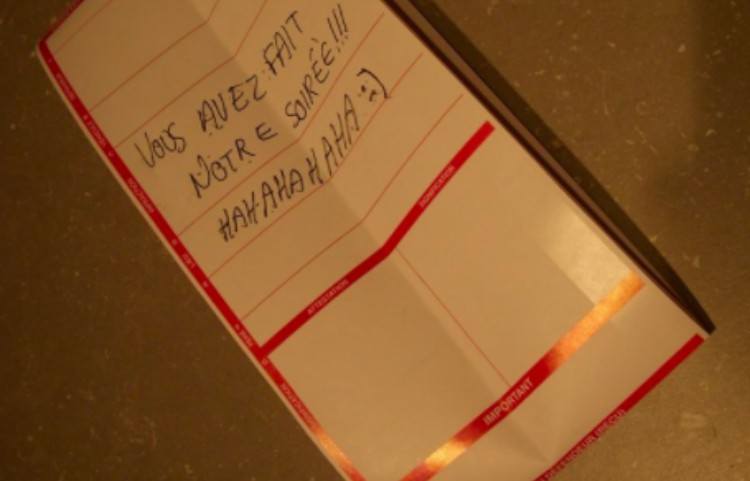 If you’re not up on your French, no worries. Here’s a translation:

You made our night hahahahaha :)

Annnd, it doesn’t get much sweeter than that folks. We’re guessing Laprise was happy to know that he “made” some chilly cops nights!

Now, don’t go searching for this car in Montréal because, unfortunately, the masterpiece was destroyed by a snowplow the next morning. It’s a bit of a sad ending to our story, but it was definitely a necessary one. After all, if Laprise’s “car” was able to fool the cops, it would no doubt fool commuters!

We’d love to hear your take on this epic snow car! Have you ever made something similar before? Do you ever play practical jokes on people? What’s the absolute coolest thing you have ever crafted out of snow?