Summer is still some time away but that doesn’t mean that you can’t indulge in some chocolately-Graham crackery-marshmallowy goodness. Bring the S’mores indoors with this inside out recipe. Ooey gooey chocolate brownies envelope layers of melted marshmallows and crunchy Grahams. To make this decadent dessert a hint lighter, I substituted unsweetened applesauce for the oil called for on the box mix of brownies. The marshmallows will appear to nearly disappear in this recipe but you’ll be able to taste them in every bite. To get that true campfire effect, serve these warm (or warmed back up) on a chilly day. 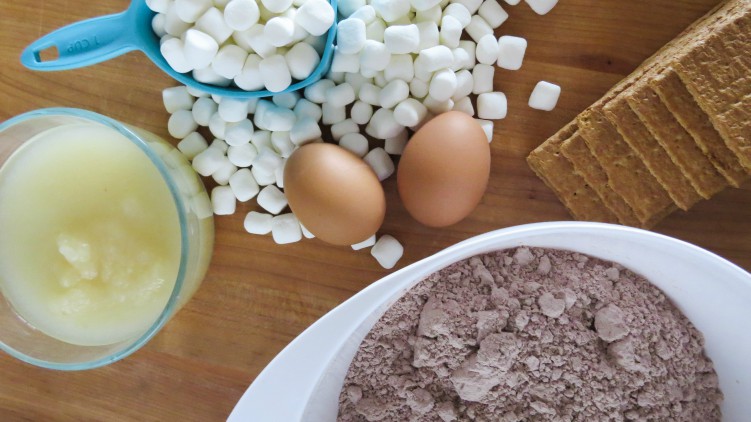 1 box brownie mix plus the eggs, oil, and water called for on the box (or your favorite brownie batter recipe) 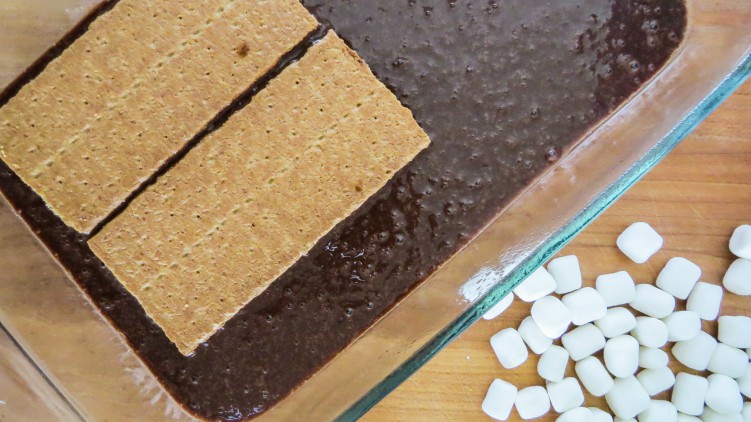 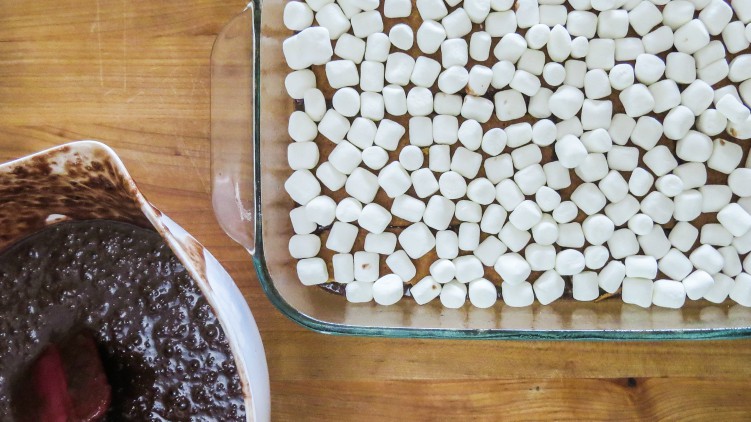 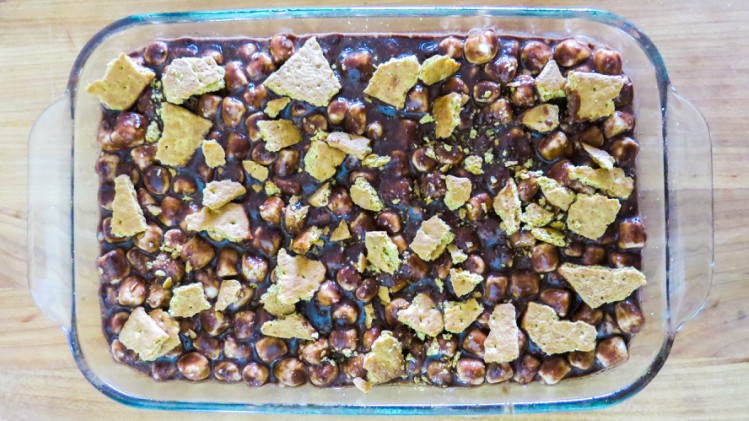 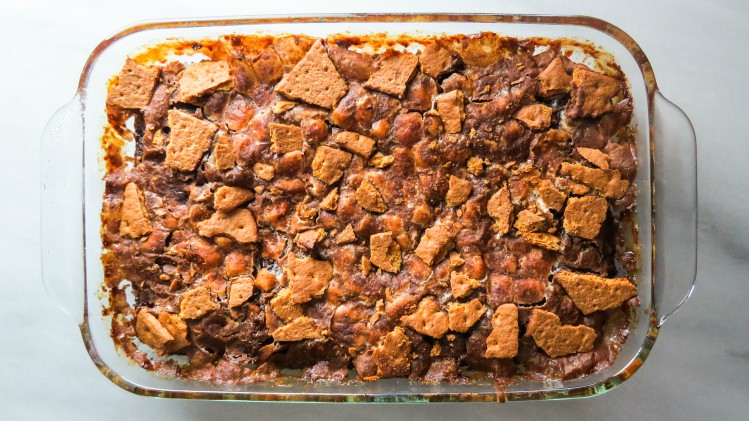 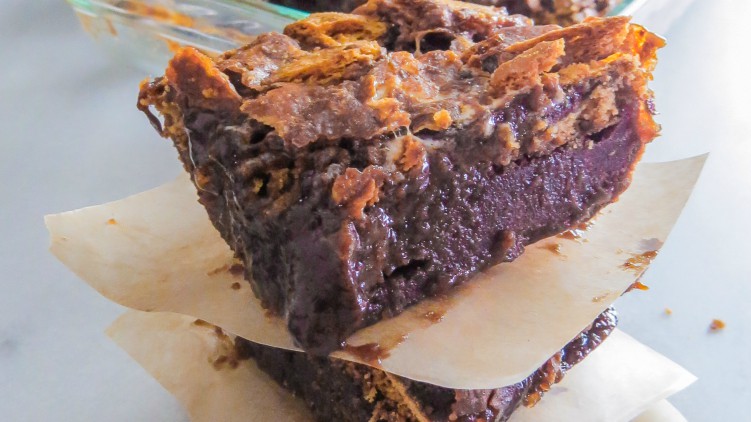 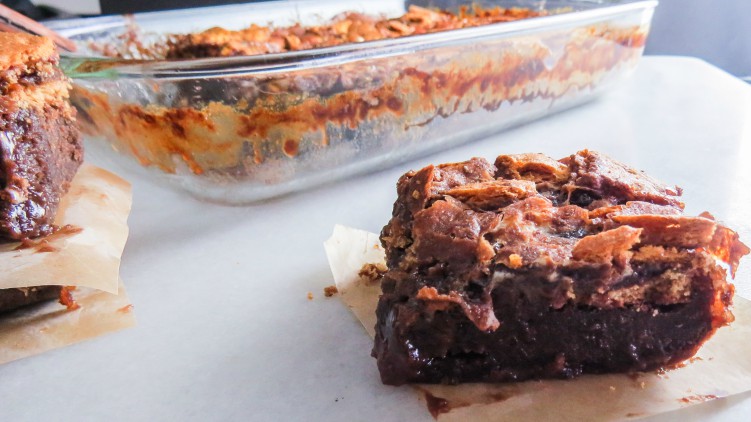 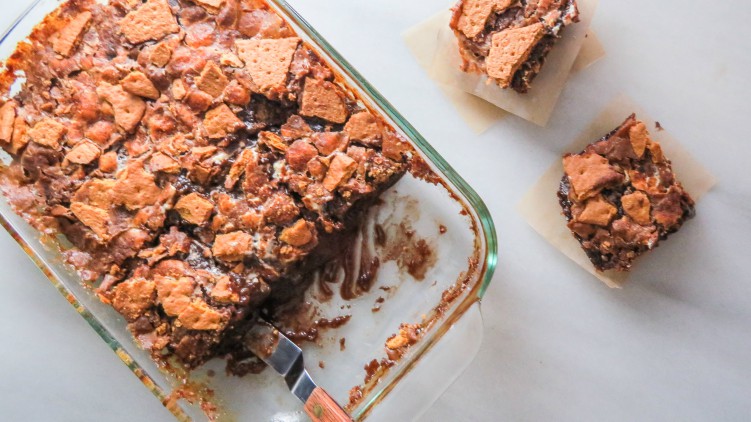