Are you already familiar with French dip? Or is this delectably simple hot sandwich of the thinnest, juiciest roast beef entirely new to you? Whichever camp you fall into, we think you’ll agree on two things: one, the end result is the perfect simple and satisfying meal to enjoy as the temperatures fall; and two, this recipe is the best because we’re making the beef in the SLOW COOKER.

I mean, think about: what other kitchen tool would we turn to for perfectly-cooked meat other than our absolute favorite, dependable slow cookers? Not only does it result in delicious meat, it naturally and easily produces the au jus that really makes this sandwich special. All you need to do is add some cheese, serve on a toasted roll, and you have sandwich heaven! Let us show you the way there, then read on for the full recipe. 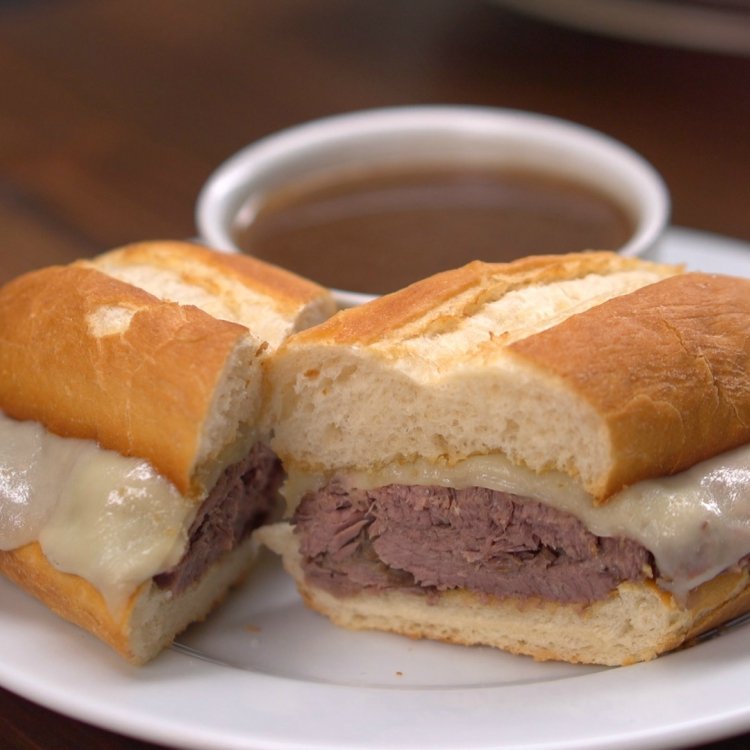 Oh my goodness, how good does that sandwich look? The searing and the slow cooker process yields the juiciest, tastiest beef ever, and we love that all you need for delicious dipping is the juice. Nothing goes to waste, and everything just has the BEST FLAVOR. The Swiss cheese and the perfectly toasted French rolls? Just take it over the top in the simplest, most wonderful way. 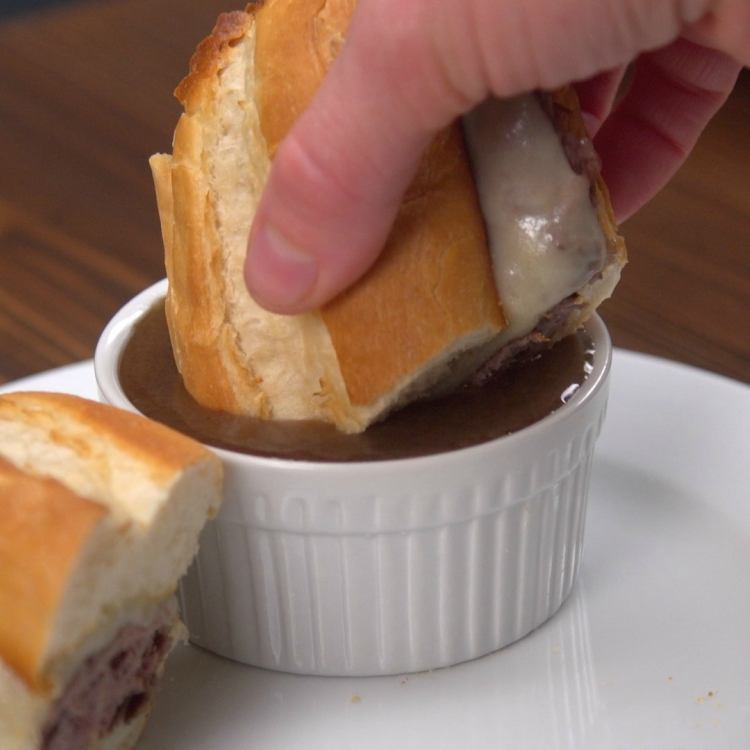 Now you tell us: is this method how you make French dip sandwiches, or do you have a go-to recipe all your own? Do you think you’ll give this version a try? Tell us if you do and let us know how it turns out for you!