We’ve all seen stray cats show up in our backyard before—but what if you kept seeing the same one keep coming back?

This happened to one woman named Kara Yancey at her Phoenix, Arizona home. She kept seeing this long-haired cat always showing up, but then she’d run away the second anyone tried to get near her.

As a foster volunteer for a local animal rescue organization, Kara decided to start leaving food out for the cat on her back porch. “I started noticing she’d eat ravenously, but assumed it was because she was a stray and was just hungry,” Kara said.

One day, the cat actually stayed on the porch long enough for Kara to get near her—and the cat let her. It was then that Kara knew right away what was going on with the cat.

“I could tell then that she was pregnant,” Kara said. “Turns out, she had been pregnant the entire time we had known her.” 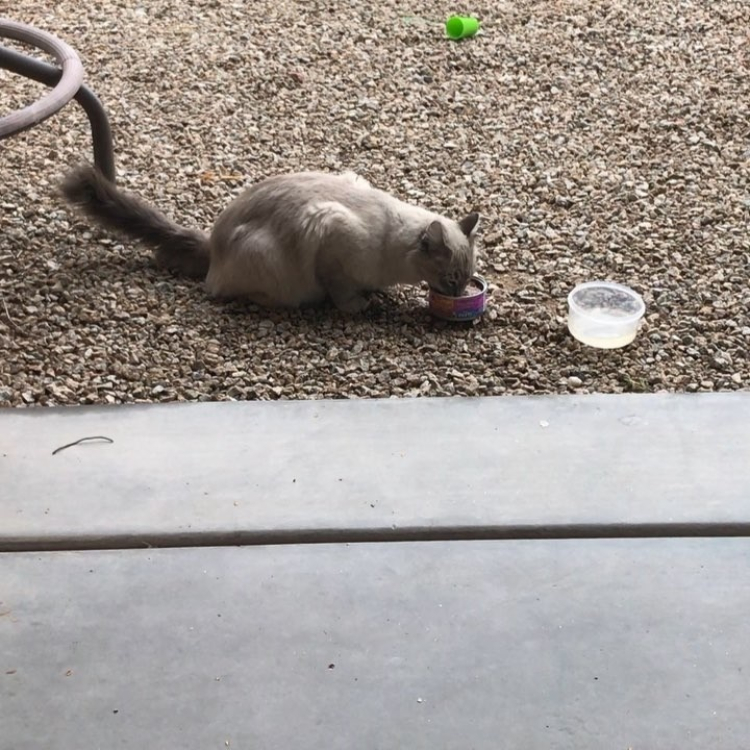 With no one coming forward to claim the cat, Kara knew she had to take matters into her own hands. She wanted to cat in to where she worked, which is called Living the Dream Rescue. Of course they were willing to take her, but it wasn’t that easy to actually get the cat there.

“She would come inside for a few minutes at a time, but would then panic and bolt outside,” Kara said. “For the times that she preferred to stay outside, we had made her a winter shelter and also put up a tent on the patio for her to use.”

But Kara fought for the cat to be indoors. Being pregnant, the cat would have a much more comfortable life if she would stop being so afraid. And finally, it worked.

“Knowing that she was pregnant pushed us to keep her indoors. I’m so glad we did because the day we officially brought her inside, I noticed the fur on her back was drenched from being out in the rain,” Kara said.

Of course, now that the cat was officially living inside, Kara had to give her a name! She chose Millie, and she soon became part of the family. 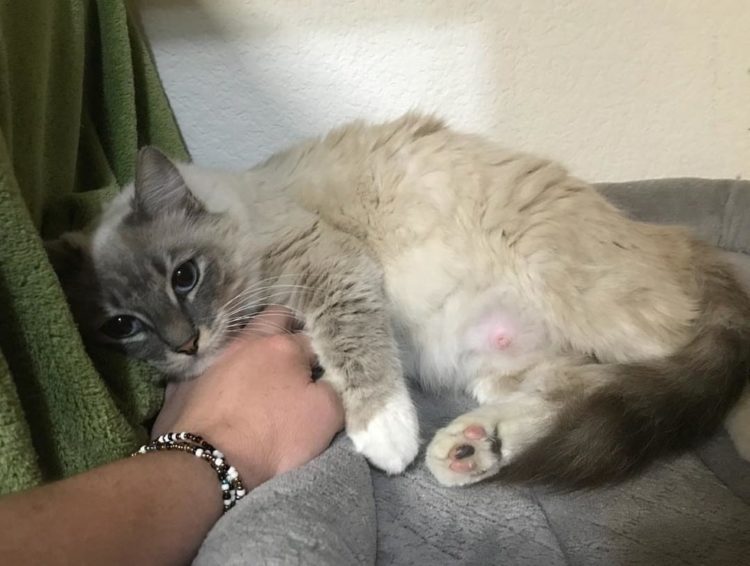 “She would come out into the living room and socialize, let us pet her, and even used our cat condo and scratching post,” Kara said. “After adjusting to being an indoor-cat, she became the sweetest girl and seemed so relieved to be inside. She spent a lot of time resting, eating, and preparing for her babies.”

When it was time for Millie to give birth to her kittens, Kara was there every step of the way. She even set up a birthing box for Millie filled with toys, litter boxes and food stations so she had everything she needed. And soon enough, five kittens were born: Four boys and one girl.

“The kittens are all doing great, and once they’re weaned and old enough, we’ll have them (kittens and mom) fixed, vaccinated, micro-chipped, and adopted out through the rescue,” Kara said.

Sometimes things just work out exactly like they’re supposed to! It was like Millie knew Kara was the perfect person to come to.

How sweet is this story? What would you have done in Kara’s position?