Why a Woman’s Skinny Jeans Landed Her in the Hospital

Skinny jeans: The skin-tight denim that will likely never go out of style! Since the 1950’s, these tapered trousers have been a fashion mainstay, made popular for giving wearers that signature sexy silhouette. And, while millions of buyers may be satisfied with the skinny look, it’s safe to say the clothing item is rarely described as being “comfortable.”

Sure, the pants have gotten a bit stretchier over the years thanks to the addition of spandex in the early 2000s, but the fact that wearers are practically living in these ultra-constricting pants has made doctors worried—and it’s all due to a staggering tale that comes from Down Under.

The tight pants trouble all started when an Adelaide woman decided to take a stroll down the block to help some friends pack in preparation for a move. Her outfit of choice that fateful day included a pair of skinny jeans—something she would surely come to regret later.

After spending hours in a squatting position while packing up cupboards, the unidentified 35-year-old reportedly felt some numbness and tingling in her legs, but like a champ, she worked through it.

All seemed relatively fine until she embarked on her walk home when the once-tingling sensation turned into excruciating pain. It was so bad that the gal actually collapsed on the dark road—and wasn’t found for hours! 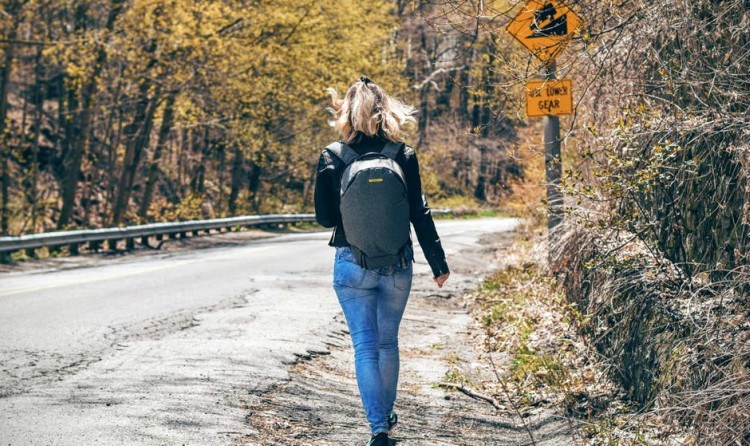 Tim Gouw via Pexels
When she eventually got help from a passing cab driver, the woman was taken to Royal Adelaide Hospital where physicians worked quickly to determine a diagnosis. In a statement, attending physician Professor Thomas Kimber described a woman being brought in who was virtually paralyzed from the knees down.

“She couldn’t move her ankles or toes properly and had lost feeling in her lower legs and feet,” the doctor said.

As it turns out, this poor woman’s leg swelling was so severe that hospital personnel had to literally cut the jeans off of her. From there, she stayed in the hospital for four days and was eventually released when the pain subsided and she could walk properly again.

The official conclusion was that the patient’s legs had been compressed for too long in one position, thus causing damage to both her muscles and their surrounding nerve fibers. Yikes!

Now, we know we are missing out on one key detail of this story, and it’s one that we desperately want to know, too; just HOW tight were this lady’s pants?

Is she a size 6 who managed to squeeze into a size 2? Had she been wearing them for days straight? Unfortunately, the woman in question has yet to come forward to fill in the blanks, but what we do know is that she, as well as the rest of us, should probably err on the side of caution when wearing these trendy pants.

To get the full scoop on just how this constricting clothing item can land you in the hospital, be sure to watch the video below. Yep, it’s safe to say that we are beginning to re-think our skinny jeans right about now, too!

We’d love to hear your thoughts on all things ‘skinny’. Do you wear this denim style often? If so, have you ever noticed any tingling, pain, or swelling? What are your go-to moving threads?