It shouldn’t be any surprise to parents that kids make you tired. When you bring your first bundle of joy home, the adrenaline high and excitement of having a baby helps get your through the first few nights or even weeks of interrupted sleep. Plus, family and friends often gather around to meet the new addition to the family, and, if you’re lucky, they even offer to help do things like laundry or hold the baby while you take a nap.

According to a new study, the peak of sleep-deprivation hits when that first baby is around 3 months old. As parents, we think this sounds reasonable. Most babies aren’t sleeping through the night yet at this point, and eventually exhaustion really sets in.

What’s a little surprising is that the same study revealed that parents don’t actually get as much shut-eye as they did before their first child was born until up to 6 years after their youngest child is born. That’s a lot of years of being tired.

This information makes our obsession with coffee and eye cream make a lot of sense.

Story of This Life

The study was conducted out of the University of Warwick and was published in the journal “Sleep.” There were 2541 women and 2118 men who participated by answering questions related to their sleep during face-to-face interviews between the years of 2008-2015. During this time, participants added a first, second or third child to their families.

It shouldn’t be much of a surprise that moms are slightly more sleep-deprived than dads. Breastfeeding definitely contributed to these findings.

After the birth of a first child, the study found that parents didn’t fully recover from lack of sleep before their second child was born. However, they did return to the same level of sleep-deprivation that they were at before the second pregnancy fairly quickly, and they rebounded even quicker after the birth of the third child. That first child pretty much lowers the bar for sleep and keeps it there. 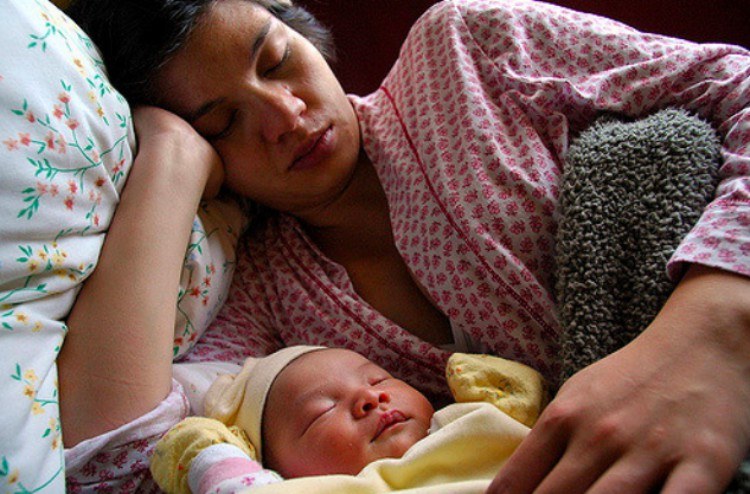 Parents still cope with lack of sleep well after their children learn to sleep through the night. Factors like illnesses, nightmares and the stress that comes along with raising children contributes to this lack of sleep.

It seems that no parents are immune to the effects of lack of sleep either. According to the study, “Parental age, household income, and dual vs. single parenting were unrelated, or only very weakly related, to improved sleep.”

For all the tired parents out there (including us), Cathy Finlay, an antenatal teacher with the National Childbirth Trust, has some advice. “Try not to worry about non-essential jobs around the house and accept help from family and friends when it’s offered.” She also suggests trying to nap when your children nap, which, from personal experience, can be easier said than done.

Does it surprise you that parents are sleep-deprived for up to 6 years?