This is Why This Bridal Party Looks So Shocked

Wedding photos can be fun, stressful, exciting — what they shouldn’t be is scary. But this bridal party almost witnessed a horrific moment while in the middle of a beautiful wedding day photo shoot. And the picture which was snapped right at the moment truly captures what they were thinking in those terrifying seconds.

Photographer Leslie Hollingsworth had been hired for a big job: she was shooting a luxe southern wedding with a party that counted 28 people in total. For that big a group, she had to get in as many wide shots as she could! And that was when tragedy nearly struck.

The bride, groom, and their respective parties all gathered on the steps of the Alabama church where the ceremony had just taken place. In order to get everyone in the picture, Leslie stepped backwards into the road for a wider shot.

Suddenly, she was pushed out of the street by the bride’s father. When she looked back, she saw a car driving recklessly away, and realized that she had almost been struck by the vehicle. Thanks to the father of the bride, she had just made it out of harm’s way, but the whole party took a moment of shock to make sure the photographer was okay. She was, and the shoot went on as normal. 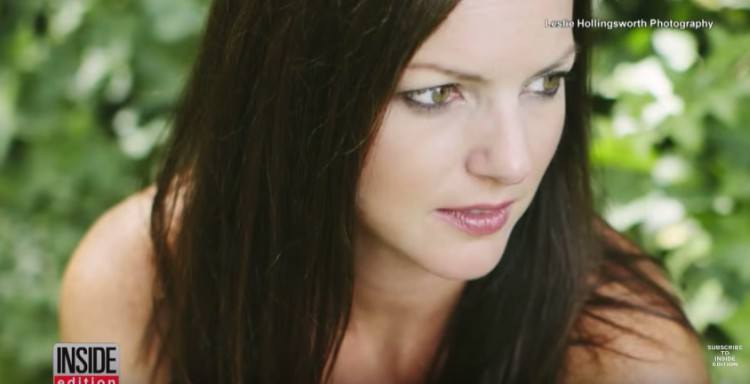 Inside Edition
Two weeks later, the film from the wedding was developed. While Leslie was going through the photos, she found one that hilariously stood out from the others: the moment when she was almost hit by the speeding car.

Leslie had no idea she had snapped a photo of the moment until then, and found it hysterical that she captured the looks of pure shock among a series of gorgeous wedding photos. She immediately took to social media and posted the unique picture, which the members of the bridal party and the internet thoroughly enjoyed.

In all fairness, despite how terrifying the moment must have been, it is a pretty hilarious picture!

Most of the groomsmen have their heads turned or their eyebrows raised in surprise, but it’s the faces of the bridesmaids that really capture the moment. All 14 of the ladies have varying degrees of shock of their faces; one simply has her nose scrunched up, as if she’s confused by what just occurred, while others are standing there with their mouths wide open; some are staring after the car, while others are looking to make sure the photographer is safe.

Meanwhile, the bride and groom don’t notice a thing and are staring right into the camera lens! Hey, it is their big day after all. And, needless to say, not even this scary second could upstage the gorgeous bride and groom. That’s probably why this moment was forgotten until Leslie posted the picture on social media!

What did you think about this story? Does the picture say it all for you? Share your thoughts in the comments section below.