Selma Blair Speaks Out About Living With MS in Candid Interview

If you know someone with Multiple Sclerosis (MS), you probably know that the disease can cause a host of different awful symptoms, including pain, fatigue, impairment and cognitive problems.

The chronic disorder can be potentially disabling of the brain and spinal cord, and that means it can affect everything from a person’s vision to their form of speech. When the latter happens, it’s called spasmodic dysphonia, and that’s exactly what happened for 46-year-old Selma Blair.

The actress recently appeared on Good Morning America to tell her story in an interview with Robin Roberts about her daily struggles with the disease, and how she keeps her positive outlook. During the entire interview, her MS was altering her voice, so it’s gained quite a bit of attention.

When Blair was diagnosed in October, she said she cried tears of relief because she finally had a reason for how she was feeling after so many years of not having any idea what was going on.

Even he doctors didn’t take her seriously, explaining that it could just be the exhaustion of being a single mother affecting her. She takes care of her 7-year-old son Arthur, who she shares with her now ex, Jason Bleick. 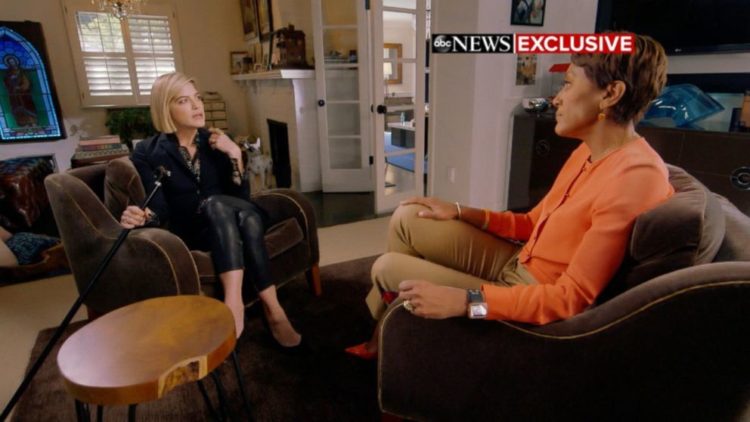 “Ever since my son was born, I was in an MS flare-up and didn’t know, and I was giving it everything to seem normal,” Blair said in the interview. “And I was self-medicating when he wasn’t with me. I was drinking. I was in pain. I wasn’t always drinking, but there were times when I couldn’t take it.”

It was a horrible time for her, she explained. The exhaustion would be so unbearable that she’d have to take naps in her car. And with doctors telling her there was nothing wrong, that led to her feeling even more humiliated by the disease.

“I was ashamed and I was doing the best I could and I was a great mother, but it was killing me,” she said. “And so when I got the diagnoses, I cried some relief. Like, ‘Oh, good, I’ll be able to do something.’”

While right now, she’s battling a very aggressive form of MS, Blair’s doctor says that she should be able to have about 90 percent of her abilities back in just a year. But for right now, she’s just glad to be alive and able to bring awareness to such a debilitating disease for those who might not know what it’s like.

“I am very happy to be able to put out what being in the middle of an aggressive form of multiple sclerosis is like,” she said. “It’s interesting to put it out there, to be here to say, ‘This is what my particular case looks like right now.’”

We think Selma Blair is incredibly brave for sharing her story!

To hear her speak during the interview, check out the video below.

Did you know MS could cause speech issues like Selma Blair is experiencing? Do you know anyone who struggles with MS?