This House Was Bought from a Sears Catalog in 1916

We all know Sears for their trusty appliances – but little did we know Sears once sold a lot more than dish washers. Back around the turn of the 20th century, Sears actually sold mail-order houses, which you could purchase from their catalog. This Reddit user, who goes by the username RealHotSauceBoss, has been repairing his grandfather’s old house when he discovered the paperwork confirming that his grandpa’s own house was purchased from a Sears catalog in 1916.

The papers revealed so much fascinating information, not just about the house itself, but about how this process of mail-ordered houses was done. 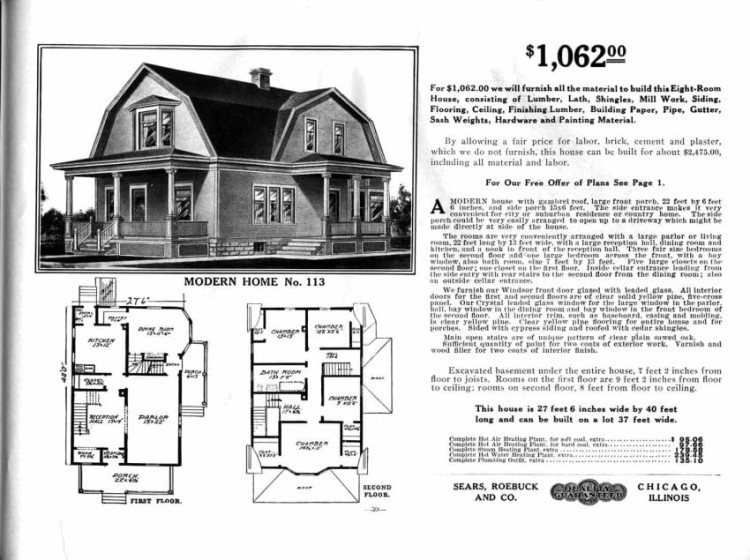 As it turns out, there were various models of houses one could choose from the Sears catalog. Everything from a bungalow to a multi-story townhouse was available to purchase. Once you decided on the style, you could put in a cash mail order. The house would then be sent to you in pieces, which would be shipped in by train and delivered to the customer via horse-drawn wagons, complete with pre-drawn blueprints and pre-cut materials.

Why did this system become extinct?! That sounds like an amazing way to build a house! And shockingly ahead of its time; it kind of sounds like a 21st century type of scheme. 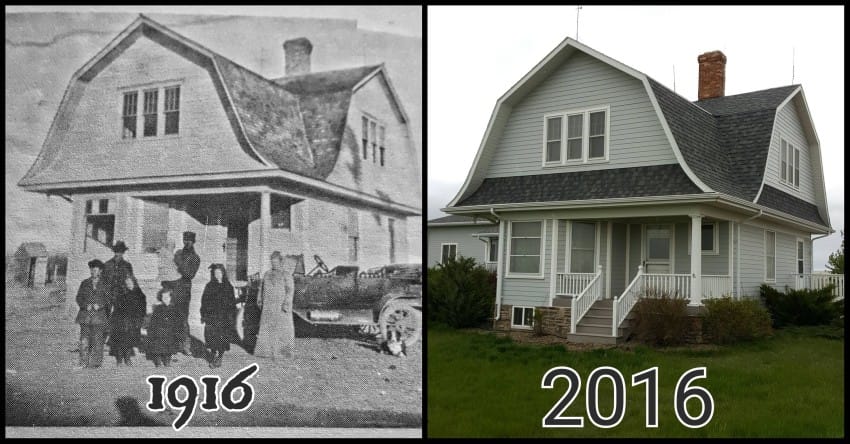 100 years later, RealHotSauceBoss is hard at work trying to fix up the interesting old house. He says that the house is actually in pretty good shape, considering its age.

“It has held up remarkably well, all things considered,” He shared on Reddit. “Obviously the wood wasn’t treated back then so the exterior was in rough shape, but the house was structurally sound. To preserve the interior we essentially had to build a shell of HardiePlank over the old exterior, then we put storm windows over the original windows. The original roof was unrecoverable due to wear and leakage, so it was completely replaced. The basement is in unbelievably good shape considering that cement is a century old! It continues to be a really interesting project.”

With the exterior almost complete renovated, it’s time to start working on the inside of the house, which is posing much more of a challenge than the outside did.

“We’re going to start working on the oven as soon as we can figure out how to get it back in the kitchen,” he wrote. “It’s cast iron and weighs several hundred pounds. The staircase to the basement is very narrow and we have no clue how it got down there.”

Response on Reddit to the project and the historical house has been “awesome,” according to REalHotSauceBoss, and he will continue to track his progress online as he renovates the house. We’re excited to see what new discoveries he’ll undoubtedly make!

What do you think of this renovation and the history behind this house? Share your thoughts on the story in the comments section below.