Tarte Flambee is the fancy sounding French name for a pizza-esque dish of crisp bread, sour cream, bacon, and onions. My first professional cooking job in NYC was in a high end French restaurant and tarte flambee was one of our signature dishes. It was what we would send out to spoil visiting celebrities and couples on their anniversary. There is just something about how the French do pizza that elevates it from the boxed up delivery pies most people are used to. The sweetness of the apples pairs wonderfully with the light and meaty flavor of the turkey. This flat bread is a complete meal in and of itself but it can also be a great party snack. If you use store bought pizza dough it doesn’t get much easier. If you decide to make your own pizza dough just have it ready for it’s final rise by the time you want to start cooking. You will want to use a heavy cast iron pan for this recipe to get a really nice crispy crust. You can easily make two pizzas, one after the other if you only have one cast iron, you will just want to double this recipe. 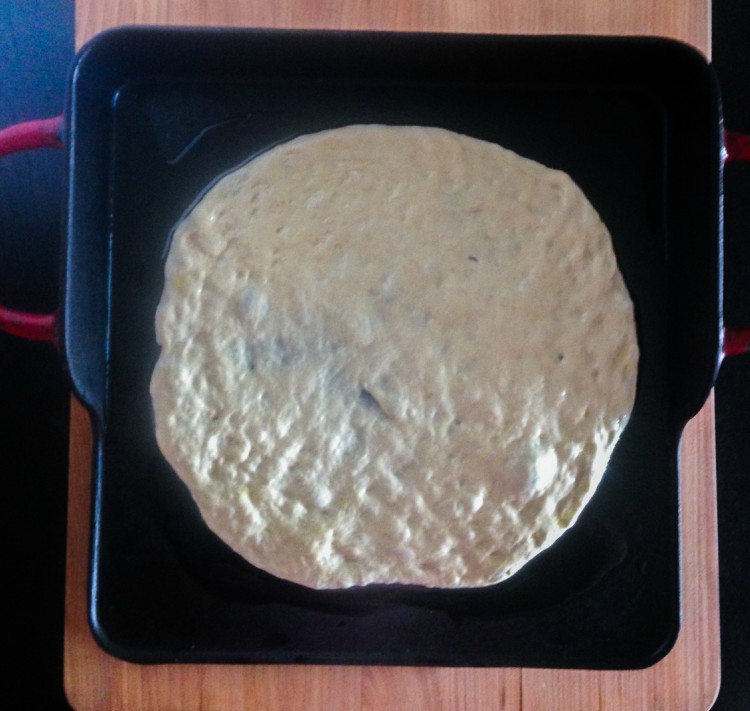 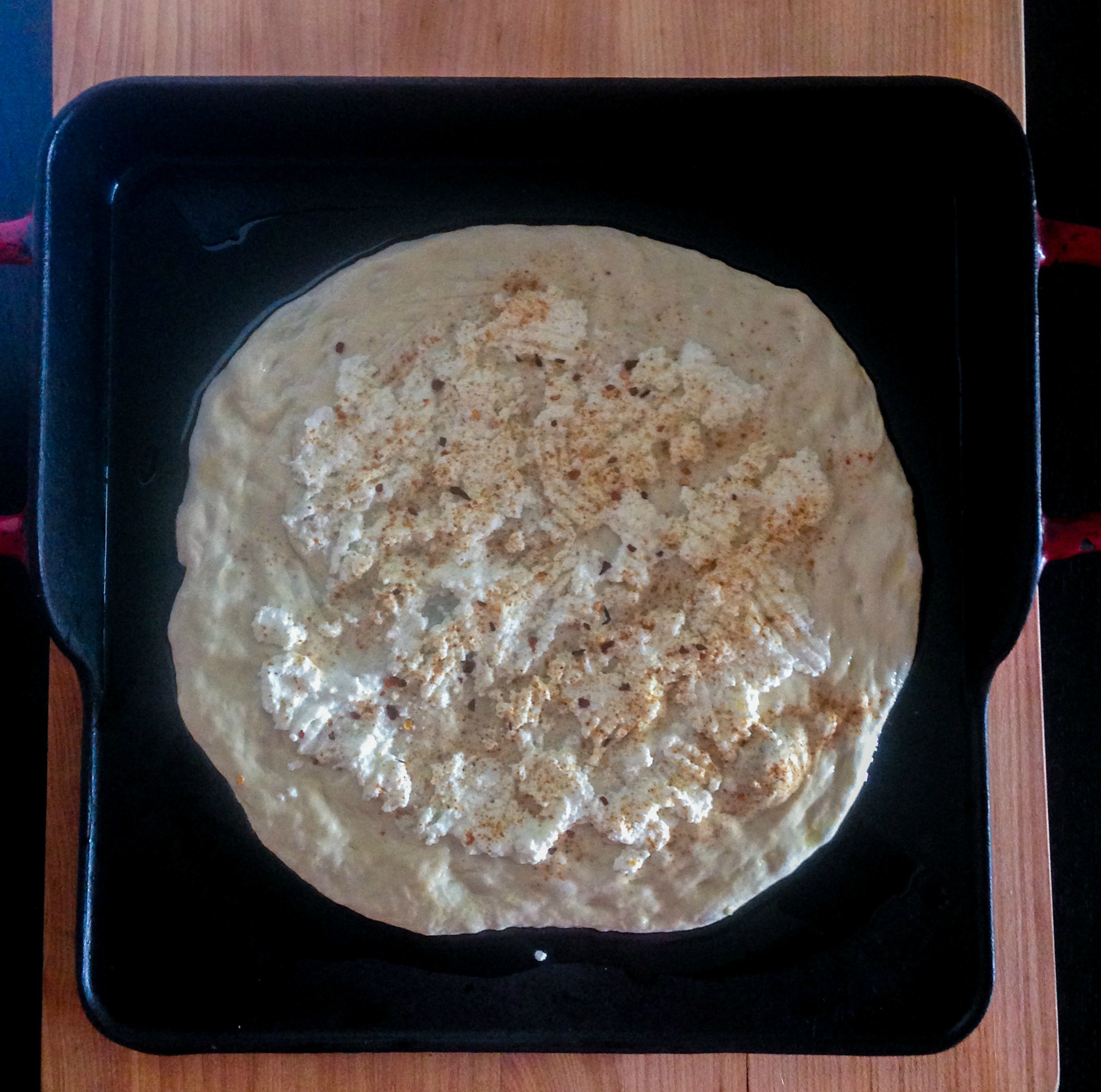 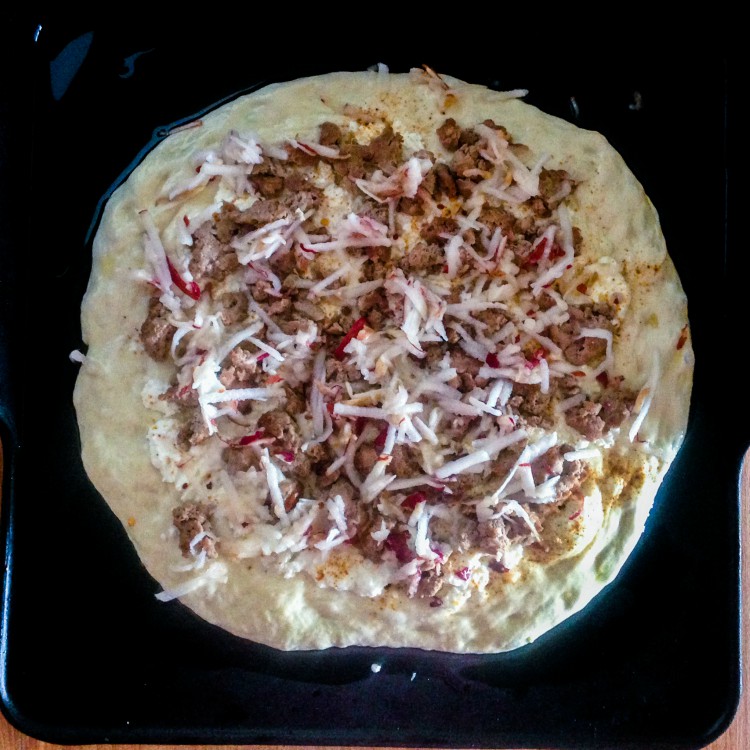 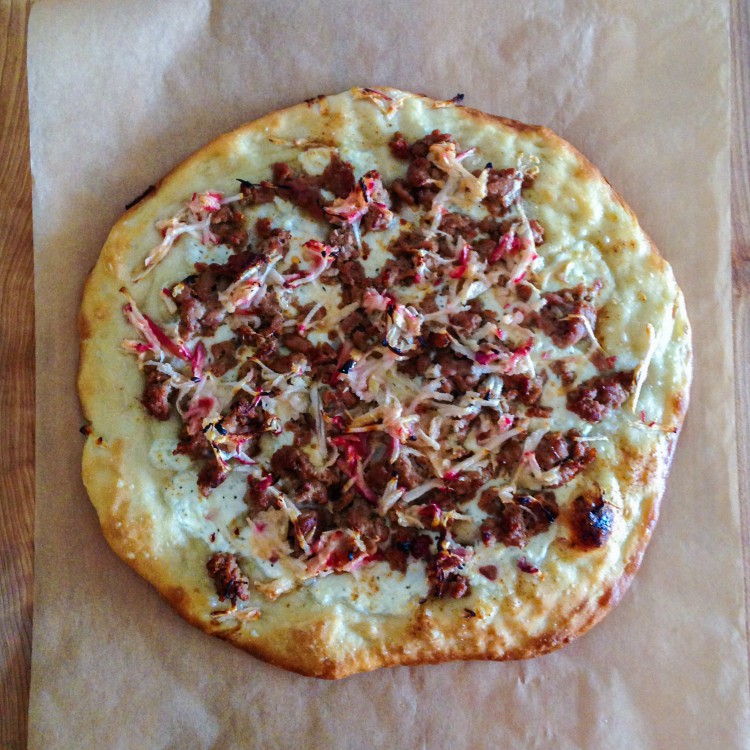 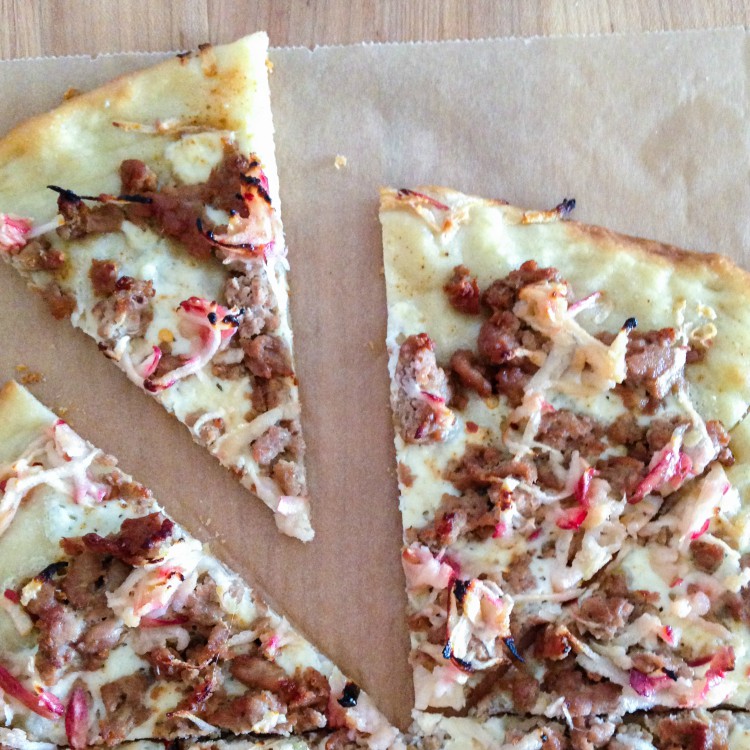