Doctor Uses a Sandwich Bag To Save a 1.1 Pound Premature Baby

Babies born prematurely often have medical challenges right out the gate. Doctors worry not only about their birth weights, but their organs, blood, breathing patterns, body temperature, and a host of other complications.

Preemies are not uncommon and there are standards of care in place for when they are born. Each baby is unique, and has the ability to overcome their health obstacles. When Sharon Grant delivered her daughter Pixie early at 28 weeks, both of them had medical emergencies that tested their strength.

Doctors had to deliver the baby by Caesarean section three months early because she stopped developing in the womb. They discovered there was a problem with the placenta, which was at the root of the baby’s growth issues.

At the time of delivery, mom Sharon of Cornwall, England, also had to contend with elevated blood pressure that threatened her chances of having a successful surgery. After stabilizing her blood pressure, baby Pixie was delivered and weighed just 1 pound, 1 ounce. Her doctors didn’t believe that the little girl would survive.

Specialists worked immediately to care for her, and what they did may sound unconventional, but is not unusual for babies in these critical situations. They put her inside a plastic bag.

From the chest down, Pixie’s body was placed in a sandwich bag to keep her warm. She was rushed to the neonatal intensive care unit at Deeriford Hospital to prevent hypothermia. Dr. Giles Richardson, a neonatal specialist for the hospital system told this to ABC News:

“The wet newborn infant’s body and limbs are placed into the bag, under a heater, which creates a greenhouse effect, and this is the most effective way of maintaining their temperature in the golden hour after birth.”

This method is common for premature infants who weigh under 3.3 pounds. It was pioneered by a study in Zambia, where babies were wrapped in sterile plastic to keep their body temperatures from dropping. An added benefit was that the babies did not suffer from overheating or rashes when using this technique.

In an environment where they could suffer from heat loss, it was discovered that this was an inexpensive yet effective way to save their lives. Check out the research that’s been done on plastic bags as wombs in the video below. 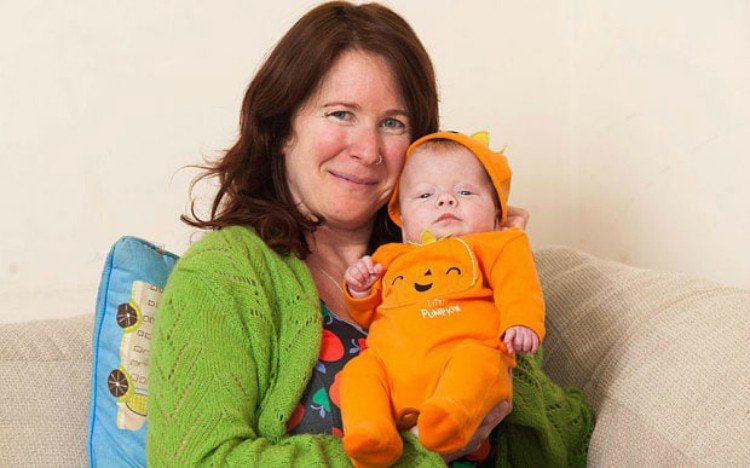 It worked for Pixie, giving the baby girl a chance to fight for her life. She was in an incubator for three months until she grew stronger. And yet she was not out of the woods.

During the five months that Pixie was in the hospital, she fought multiple infections and had to receive close to ten blood transfusions. She also had fluctuations in her weight, warranting periods of isolation from her parents until she could recover.

By the time Sharon’s little Pixie was released from the hospital at five months old, she weighed 7 ½ pounds. She chose the name because of her daughter’s tiny size, but it’s clear Pixie had a huge will to survive. Truly a miracle!

What do you think of Pixie’s story? Are you familiar with plastic bags for preemies? Do you know a premature baby whose life was saved with this method?