From the outside looking in, it may seem like Meghan Markle and Prince Harry were caught up in a whirlwind romance. From their perspective, it’s not a whirlwind, but a case of “when you know, you know”.

With their engagement taking over media headlines, people are wondering when the big day will take place. Once the formal announcement was made about the couple, the next questions had to do with where and when.

Well, we know the where. The wedding will take place at Windsor Castle in St. George’s Chapel. It’s a smaller venue than where Prince William and Kate Middleton said “I do”, but it can accommodate up to 800 guests. It’s speculated that Prince Harry did not want to get married at Westminster Abbey like his big brother.

As for the “when”, the ceremony will occur in May 2018, which happens to be after the new royal baby’s due date in April. To some, planning for a wedding in less than six months may seem to be rushed, but it’s not uncommon for members of the royal family to be married within a few months of their engagement.

However, there is a thoughtful reason why Prince Harry and Meghan Markle are aiming for a springtime affair. According to ET, Prince Harry’s grandfather, the Duke of Edinburgh, is at the heart of the decision.

With Prince Philip’s retirement from his official royal duties at age 96, Prince Harry really wanted to be sure his grandfather would be on hand to celebrate with them. Isn’t that the sweetest?

The two share an especially close bond and are known to have a similar sense of humor, cracking jokes and exchanging banter. As it goes, the Queen also spends most of her time living at Windsor Castle, so it’s quite a convenient location for the wedding.

It’s a lovely nod to the prince’s relationship with his grandfather and grandmother, who recently celebrated a platinum wedding anniversary in November. In addition to the connection with his grandfather, Prince Harry also has many childhood memories associated with Windsor. 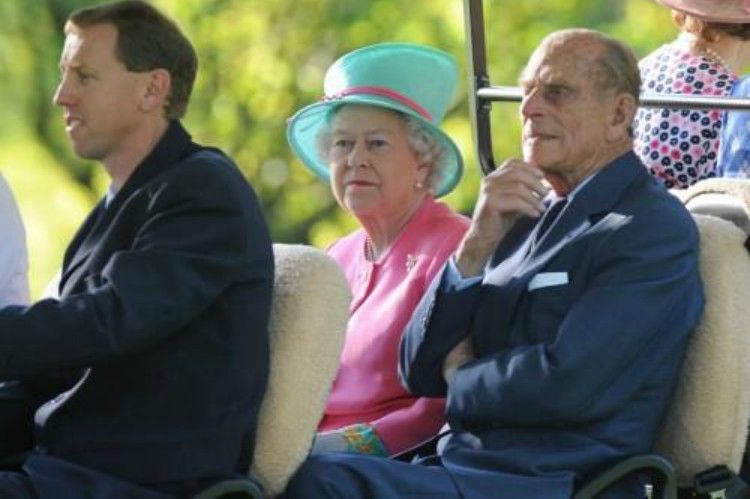 Office of the Official Secretary to the Governor-General, Commonwealth Australia

It’s where he went to school, spent time with his grandparents growing up, and still spends regular time there with them. It also happens to be the place where Meghan first bonded with the Queen, and one of the places the couple stayed during the course of their courtship.  So, Windsor holds a great deal of significance for the prince and his bride-to-be.

Support from the royal family has been huge, with the Queen and her husband wishing the newly engaged couple well and expressing “delight” at the news. At this time, the royals are gearing up to handle preparations and expenses for the wedding. But it is clear so far that family bonds will be a central theme for this affair.

As affectionate as these two lovebirds are, it’s no surprise they want a smaller, more intimate ceremony that is inclusive of their loved ones. It’s something to look forward to next spring!

Do you love Prince Harry’s reason for a sooner than later wedding date? Have you ever scheduled a special event of yours for a loved one to be present?