With the wedding of Prince Harry and Meghan Markle coming up quickly, details of the royal wedding are slowly beginning to firm up. And when those details are firmed up, they’re almost assuredly leaked to the public as quickly as possible!

Some of the latest on the royal wedding planning? Harry and Meghan are making an unusual — and adorable — request for their wedding cake: the couple wants a banana cake for their big day, something that’s never been done before.

Now, we’ve definitely come to expect these lovebirds to break royal tradition; Harry is marrying an American “commoner” and they’ve already kiboshed certain traditions, like Meghan attending the family-only Christmas festivities hosted by the Queen. But this newest surprise has a romantic reason behind it that will make you swoon.

Besides Harry apparently enjoying “anything with banana,” the yellow fruit has also been playfully associated with their relationship over the past few months. After their relationship was confirmed in October of 2017, Meghan posted a cute photo of two smiling bananas cuddling one another with a caption that read, “Sleep tight xx.” 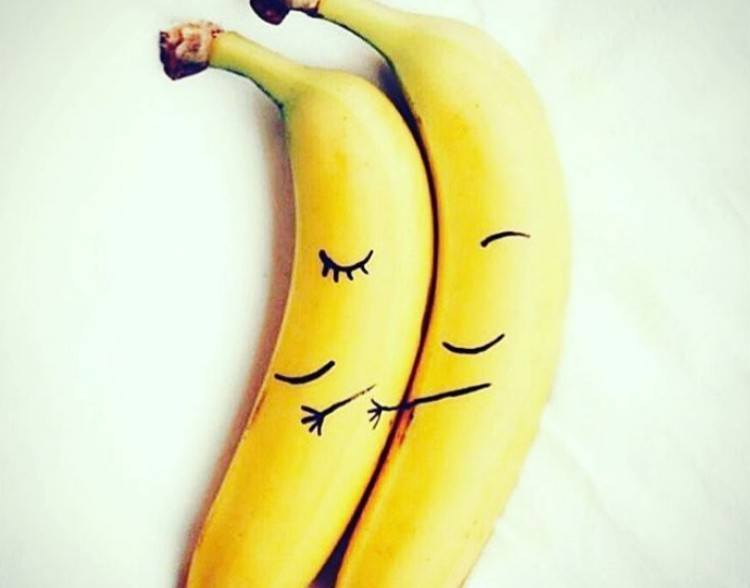 Keeping Harry’s favorite fruit in mind, this is obviously a call out to her royal beau.

It makes sense that the pair would choose a banana cake, since this is obviously a cheeky inside joke they’ve had for months. We think it’s adorable that they’re incorporating this personal detail into their wedding, even if it is a break from tradition.

Typically, the first tier (the top tier) of a royal wedding cake is made of fruitcake because it lasts long enough to be served at the christening of the couple’s first child. (We can’t even think about this future baby right now; it’s a cuteness overload!)

However, they’re not the first to break this tradition. At his wedding to Kate Middleton, Prince William had a “groom cake” which was made of indulgent chocolate biscuits. But Will and Kate did serve the usual eight-tiered wedding cake, too, with the expected fruitcake top layer.

Maybe Harry and Meghan will take a page out of their book and serve two cakes on their special day! We’re sure no one would complain — the more wedding cake, the better.