It’s no secret that the world is generally obsessed with the royal family – including everyone here at TipHero! Each engagement, birth, and wedding is basically a worldwide event and even small glimpses into the day-to-day lives of the British monarchs instantly go viral.

All that being said, it shouldn’t be too much of a surprise that we’re all excited for the royal family’s annual Christmas card. Any chance to see Kate’s incredible fashion sense and “aww” over little George and Charlotte’s holiday outfits is one that we’re going to take.

Well, the photo that Prince William and Duchess Kate are using has been released…and it’s just perfection.

The family opted for a color scheme of charcoal grey and powder blue, which looks sharp on each family member! William is wearing a full, dark suit with a hint of baby blue in his tie and Prince George is copying his dad with dark shorts, stockings, and shoes with a light blue shirt to compliment. 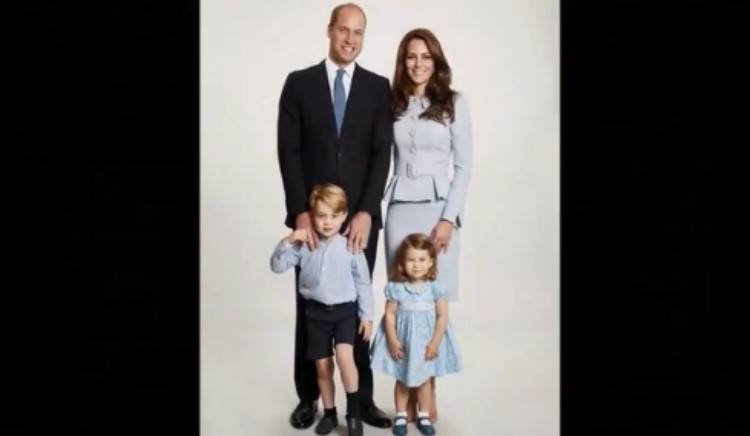 Duchess Kate is wearing a blue Catherine Walker ensemble which OBVIOUSLY looks incredible on her (that peplum top is absolutely fabulous) and Princess Charlotte is standing in front of her wearing a similar baby blue dress that’s just too adorable.

The image was snapped at Kensington Palace and was taken by Chris Jackson, royal photographer for Getty Images, who also took Prince George’s fourth birthday photograph this summer.

“Delighted that the Duke and Duchess of Cambridge have chosen to use this family portrait I shot as their Christmas Card this year,” Jackson captioned the photo on Instagram. “Merry Christmas!”

Will and Kate obviously have a lot to celebrate this holiday season; besides their beautiful kids and the engagement of Prince Harry and Meghan Markle, the couple is expecting their third child in April of 2018.