Imagine some instances when you wouldn’t want your heat to go out. Maybe in the middle of winter? Right before a snowstorm? Or maybe when you have an infant child in a chilly home? Well, in an unfortunate turn of events, all of those circumstances came to pass for Jesse and Maria Hulcher.

The couple had prepared thoroughly for their newborn baby to come home after six weeks in the hospital. This was their second child (they have a two-year-old at home already), so the Hulchers were confident that they were ready to welcome home the newest addition to the family.

But some things can’t be prepared for.

Days before their newborn was set to come home, the family lost their heat. Their furnace was inexplicably broken, and there was nothing either Jesse or Maria could do to fix it.

To make matters worse, it was the middle of winter, with the current temperature below zero. And the forecast for the next few days? A terrible snowstorm that would make temperatures even more unbearable. All this with a delicate newborn in the freezing cold house. 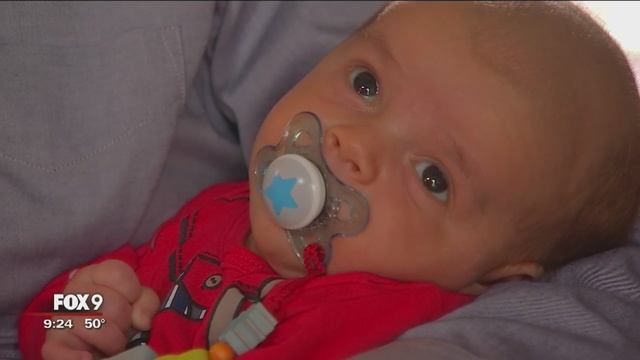 Needless to say, Jesse panicked. With his two-year-old already home and his newborn child getting ready to come home, he knew he had to act before weather conditions went from bad to worse. So he did the only thing he could — he called a professional.

“He said ‘the fan’s not working, the furnace isn’t working, my wife is in the hospital, we just had a baby yesterday’ — he was just excited. And I said, ‘just take it easy, I’ll be right over.'”

Within a few hours, the repairman came and the heat was back up and running. But this averted crisis was only the start of this incredible story; the real shock would come when the invoice arrived a few days later.

Jesse received the invoice and opened it up — but was shocked to see there was no amount written on the receipt. They hadn’t been charged at all for the fixed furnace. In lieu of dollar signs, there was simply a note which read, “No charge, take care of the new baby.” 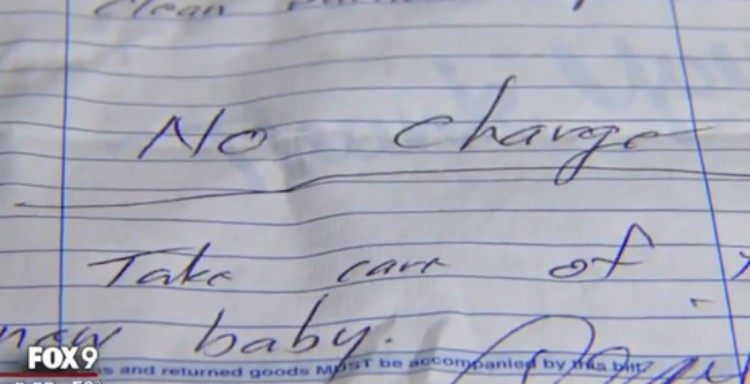 The parents were shocked. Maria even recounts that she never thought a “pay it forward” act of kindness like this would ever happen to her. But it had. And what’s more, this grand gesture was no big deal for the owner of Magnuson Heating & Cooling.

Jesse took to Facebook to post about this amazing company and what they had done for them in a desperate time of need. It wasn’t long before comments started flooding in, confirming that Magnuson Heating & Cooling had done the same for others in the area, fixing furnaces and the like for free in the hope that the lucky recipient would pay it forward to someone else in need.

We hope, for the sake of honoring this incredible gesture, that each and every one of them did! Seeing this kindness in real life is so inspiring, and we’d like to imagine that this free furnace repair had the same positive effect for someone else who needed a helping hand.

What do you think of this amazing act of kindness? Share your thoughts on this touching story in the comments section below.