Something Remarkable Happened During This Father-Daughter Dance

Pulling off a “dream” wedding can be tricky business. From the food, to the seating chart, to the dress, most brides do have to make a few compromises when planning the blessed day. Nonetheless, one lucky lady was able to have her wedding cake and eat it too when her father planned the musical surprise of a lifetime during their father-daughter dance.

Philadelphia’s Paul and Lisa Getz were in the midst of their dream wedding when the two, along with all of their friends and family members, were graced by a live performance from none other than TIM MCGRAW! Yes, the Tim McGraw!

You see, when Lisa’s dad first learned that she wanted to dance to McGraw’s song “My Little Girl” for their father-daughter dance, he just knew that he had the make the moment extra special for her.

In an interview with FOX 10, the newlyweds say that there is still quite the air of mystery surrounding how the dad was able to pull off the surprise and get Tim McGraw to perform in the first place. Apparently, he “won’t reveal any of his secrets”—how crazy is that?!

Nevertheless, we’re guessing that when Lisa’s dad first asked Tim to be part of his daughter’s special day, he must have been really convincing because the Grammy Award winner actually stayed and performed a 45-minute, 10 song set for bride, groom, and the rest of the shocked guests. 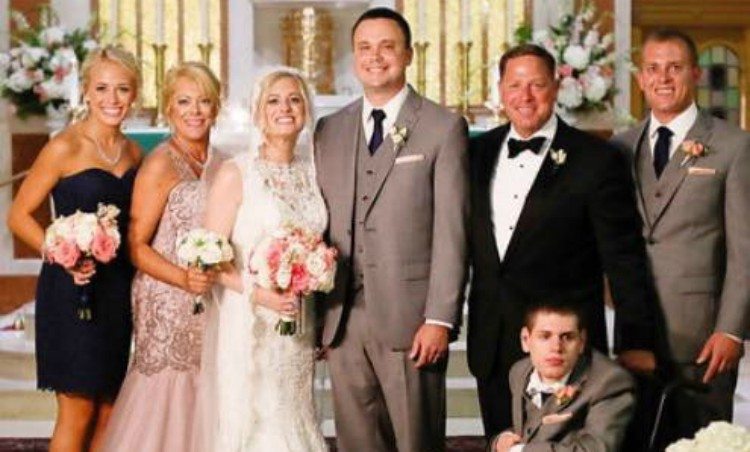 Lisa calls her father’s bombshell the “surprise of a lifetime,” and it’s pretty obvious by witnessing her reaction that she was not expecting her favorite artist to be serenading her on her wedding day! In fact, the blushing bride says that, when the music started, she did not even realize that the actual country crooner was on stage.

“As we were dancing Dad had my back strategically to the stage,” Lisa explains. “A few seconds in he tells me to turn around and, quite frankly, it took me quite a while to process what exactly was happening. It was amazing.”

Lisa’s new hubby Paul also agrees that the entire event was just “amazing,” especially for the slew of invited guests who got to leave with way more than just a wedding favor. “Everyone that attended is just, like, on a high, as well. Everyone is still talking about it, can’t get over it.”

Paul goes on to say that the lucky crowd had a very similar to reaction to his new wife. He says that when the dance began, all eyes were on dad-daughter duo, but when people got their first look at the singer, the shock just swept through the room.

To see the incomparable Tim McGraw make this bride’s day even more special, be sure to click on the video below. Great singer, great guy!

What do you think of Lisa and Paul’s incredible wedding surprise? How do you think Lisa’s dad was able to book this A-list country star for the reception? Did you have any shocking moments at your wedding? Tell us all about your thoughts and experiences in the comments section below!