If you’ve ever had that talk with your spouse about how religious you want to raise your child, it might’ve been more significant than you even thought.

According to a recent study from the Harvard T.H. Chan School of Public Health, children who are raised in a religious household, who hold spiritual beliefs, may more prone to being mentally healthy when they enter adulthood.

The study, published in the American Journal of Epidemiology, followed more than 5,000 young children and teens between the ages of eight to 14 years old and found that those who went to religious services on a weekly basis and prayed or meditated daily later in life had a “greater life satisfaction and positive affect.” More specifically, these people had fewer symptoms of depression and were less likely to experience post-traumatic stress disorder.

Not only did religion seem to improve the child’s mental health, the study also showed that it lowered the likelihood that the child would use marijuana and engage in early sexual initiation. The participants also had overall fewer lifetime sexual partners.

“Although decisions about religion are not shaped principally by health, encouraging service attendance and private practices in adolescents who already hold religious beliefs may be meaningful avenues of development and support, possibly leading to better health and well-being,” the study concluded.

It seems like a pretty big claim, but the author’s study, Dr. Tyler J. VanderWeele, has a theory on why religion is so important.

He says that engaging in services such as church or temple when you’re young can help kids meet people with similar beliefs and values, and this sense of community is thought to benefit overall well-being and life satisfaction, in addition to meeting role models and mentors (other than their parents or guardians). 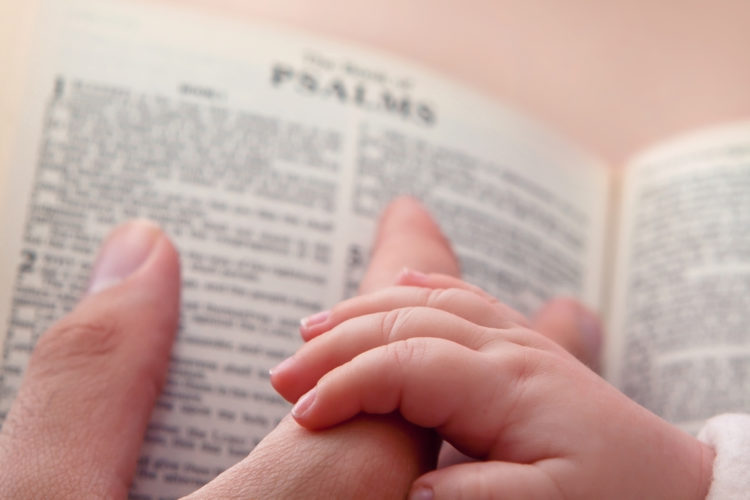 “That experience of God may fundamentally make a person more other-oriented, leading to greater volunteering, forgiveness, and a sense of mission, and these things ultimately make one happier and protect against depression,” he said. “Adolescence is a particularly critical time of development and self-understanding, and the establishing of these practices may shape health and well-being throughout life.”

Another theory is that religion is all about life values, and when your morals are straight, typically so is the rest of you. “[With religion], when one aspect of ‘who we are’ suffers, the whole suffers. And when one aspect is healthy and vital, ‘all that we are’ benefits,” said Jane Kuepfer, a spirituality and aging specialist at Conrad Grebel University College at the University of Waterloo in Canada. “Religion teaches us to value life, and to respect and care for our physical bodies.”

Additionally, a sense of feeling like you belong is a huge factor that affects your overall well-being, especially as a kid. Not having friends or being isolated socially has been proven to be harmful. “A sense of belonging is really important, and something we don’t always get in our society in other places,” Kuepfer says. “[Religion] also gives you a larger perspective and connection across generations.”

Were you raised in a religious household? If you’re a parent are you raising your family to practice your religion? What do you think of the results of this study?