Rare Pennies Have Values in the Thousands

In these times when we move money electronically, cash – especially change – doesn’t always change hands. If you’ve been riding the fence about whether or not to hold onto your loose coins, maybe this will help you pick a side.

Up for examination today is the rarely spent penny. Pennies are abundant but ignored more often than their silver-colored brethren. You may want to rethink that when it comes to your own coin stash. GeoBeats News is bringing attention to Cointrackers’ listing of the 1943 Copper Wheat Penny.

Notice how the name of this coin is capitalized as a proper name. It’s worth that much. These rare babies are fetching $85,000 and some change at auction. What the heck makes these so special? When they were minted, a few of them were mistakenly made with copper instead of steel.

Also called war pennies, they were supposed to be struck with steel in order to avoid a copper shortage during World War II. Coin collectors love this error as it’s proven to be extremely valuable. 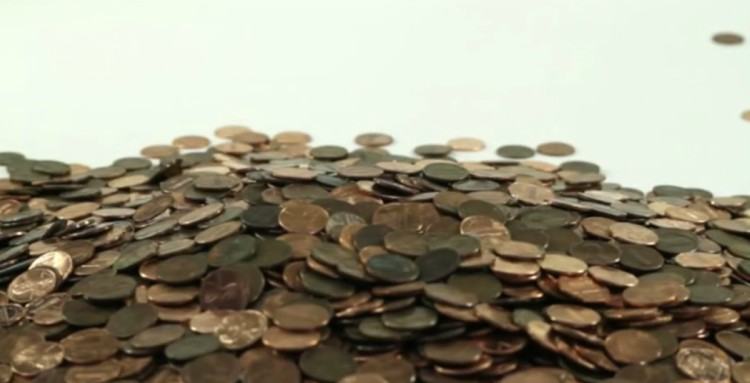 In addition to being minted in that manner, they were also placed into circulation by accident. Because of their copper content and scarcity, the 1943 penny is worth more than, well, a penny. To identify them by their appearance, the “heads” side has the classical Abe Lincoln bust on it. 1943 is imprinted in the lower right corner, and you may see some with or without the letter “S”.

The “S” only denotes that it was minted in San Francisco. Not all of these pennies came from that mint, however; some were minted in Philadelphia and Denver. On those, there is no letter “S”. On the “tails” side you’ll see the two wheat stalks flanking “ONE CENT” in the center.

Before you go hunting for these pennies in your parents’, grandparents’, and car console’s stash, be warned that these pennies have been heavily counterfeited. Scammers will sometimes file down a 1948 penny so that it reads “1943”. According to Cointrackers, they will also copperplate a penny to give it a new veneer.

The simplest way to determine if you’re holding the real deal in your hand is to test it with a magnet. If it sticks, it’s steel. Sorry Charlie. Don’t be bummed though. There are a number of other coins that are worth thousands of dollars too.

Look out for these:

Watch the video to learn how these 1943 pennies were created and sent into circulation. Cointrackers regularly updates their site with the most up to date info on coin values, but videos like these encourage us unfamiliar folks to scan our pockets. Check your coin jar and you might find that you are sitting on a hefty stack of change. In this case, one man’s mistake is another man’s treasure.

Are you interested in sifting through your pennies for a winner? Do you keep track of rare coins in circulation?