There was a time not long ago when it was safe for kids to write letters to total strangers. In elementary school, we had pen pals at other schools that would write to us regularly.

It was exciting. And it was a cool way to make new friends who seemingly lived in another world but who shared interests. In these times of technology, social media, and the presumed creepiness of strangers, it’s heartwarming to learn of true friendships being struck up in way that’s reminiscent of pen pals.

Thanks to their shared love of the gaming app Words With Friends, two total strangers bonded even though they live 1,000 miles apart. Spencer Sleyon is a 22-year-old rapper and New York transplant living in Harlem who goes by the stage names “Half Empty” and “High Class Filth”. He found a worthy opponent with whom he wound up spending countless hours playing the game.

In case you’re not familiar with Words With Friends, it’s a crossword puzzle-type game that is similar to Boggle or Scrabble. Like Candy Crush, it can turn into an all-consuming digital sport where you lose track of time. Over the course of a few months, Spencer and his partner logged in over 300 games, forging a friendship during that time.

What makes it unique is that his gaming buddy is an 80-something-year-old woman named Roz who lives in a Florida retirement community. She and Spencer used the game’s chat feature to spark up small talk. The fellow wordsmith became a source of sage advice— and she’s pretty hip, too!

That’s not all. When Amy Butler, pastor at The Riverside Church in Manhattan, learned about the two pals, she wanted to help arrange a meeting between them.

She reached out to Roz to see if she’d be open to meeting in person. Before he knew it, Spencer and Pastor Amy were on a plane headed to Florida to see his friend face-to-face. He tweeted about the sweet meeting and shared photos from the moment:

“so last summer i randomly met this 80 y/o woman on words with friends. we played 300+ games together and she actually ended up becoming a good friend of mine. today i got to go to Florida and meet her in person”

Like old friends, they embraced and were happy to see one another. According to Pastor Amy’s Twitter account, the pair talked about everything from their gaming interests to TV shows. Though they only hung out for a few hours, lots of hugs and smiles were shared during the encounter. 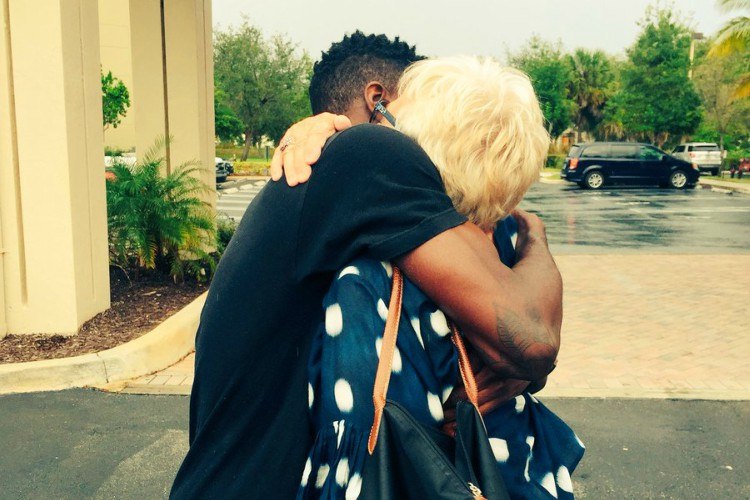 After his tweet went viral, Spencer was excited to hear about how their wonderful connection touched others. A few online commenters couldn’t help but shed a few tears, and others shared their own stories about making friends out of their Words With Friends rivals.

Would their close friendship be likely under different circumstances? Maybe not, but that’s the beauty of technology and how it can bring people together. In a world where there’s a lot of danger and disagreements, stories like this remind us of the love that exists within the human family. We should all be so lucky as Roz and Spencer. 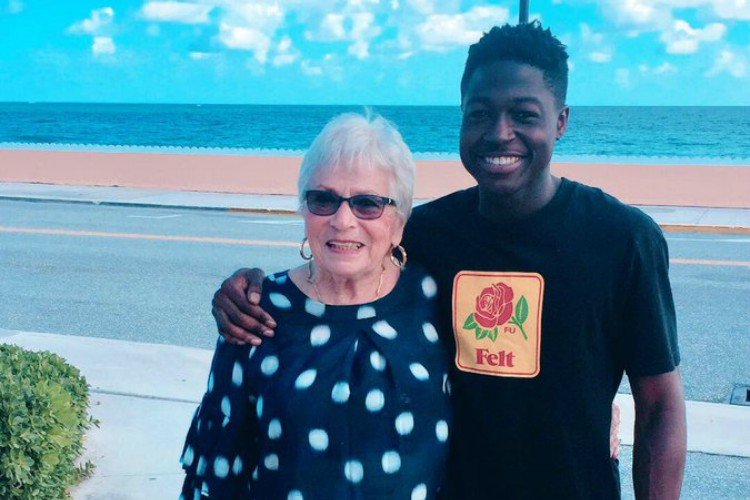 Did this story get you in the feels? Have you ever made friends with a long distance stranger or gaming buddy?