It is a tragic but little-known fact that an estimated 10 to 25 percent of known pregnancies end in miscarriage. If we take instances where a woman does not yet know she is pregnant and/or chemical pregnancies into consideration, it’s possible that an estimated 50 percent of all pregnancies end in a miscarriage. That number is incredibly sobering, especially considering how shrouded in mystery this apparently-common occurrence still is. When we don’t talk about miscarriage openly, far too many women feel like they’re experiencing the loss of their babies all on their own. To them we say— you are not alone. It is time we started to talk about this experience openly. So let’s start, today, with hope, in the form of a “Rainbow Baby.” 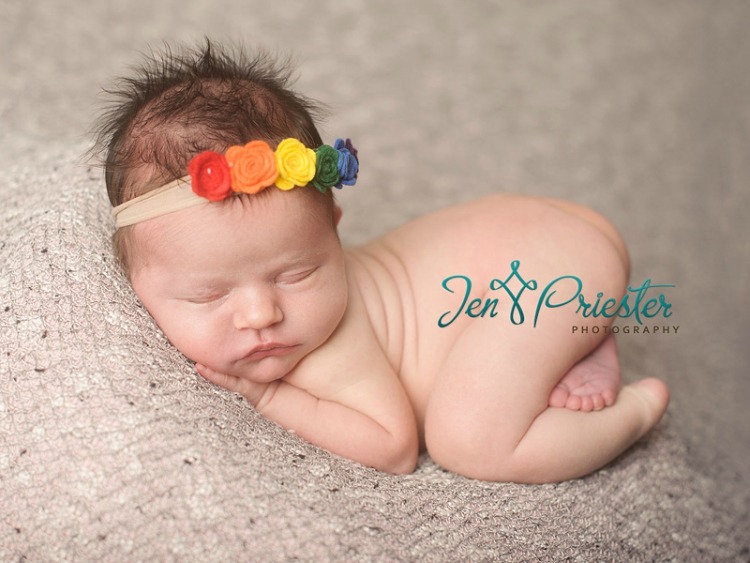 What’s a “Rainbow Baby”? It’s a lovely term for a baby conceived and born after a miscarriage or stillbirth. This new, precious baby is the rainbow bursting through the clouds of sadness and mourning of losing a pregnancy. He or she is a sign of hope, just like the rainbow has been for millennia. As mother Cathy Matthews – who suffered a miscarriage of her second child – tells People:

I did a lot of research on miscarriages and they are so common [. . .] It made me feel better that I wasn’t alone, but it didn’t make it any easier to grieve. I looked up a lot of resources and articles and quotes to help me get through the grieving process. That’s when I discovered the term ‘rainbow babies.’ It’s just a great way to kind of say…I guess it says a lot in that phrase.

Pregnancy relatively soon after a miscarriage is not only possible, but common. While a longed-for baby is always a blessing, having one after losing another is, understandably, a roller coaster of emotions. Not only does a prior miscarriage naturally affect parents’ levels of worry and stress, they can feel lost as to how to celebrate their new child while still honoring the one they so desperately miss.

For the Matthews family, the answer lay in the rainbow. Cathy incorporated the rainbow into photos documenting her pregnancy with rainbow baby Charlotte. 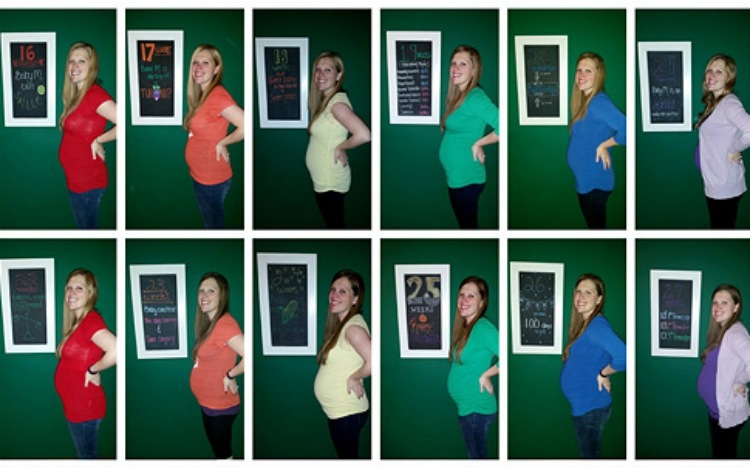 Of course, when it came time for Charlotte’s newborn photo shoot with photographer Jen Priester, rainbows also played an important role. Little Charlotte even wore a rainbow headband made by Cathy’s sister-in-law. 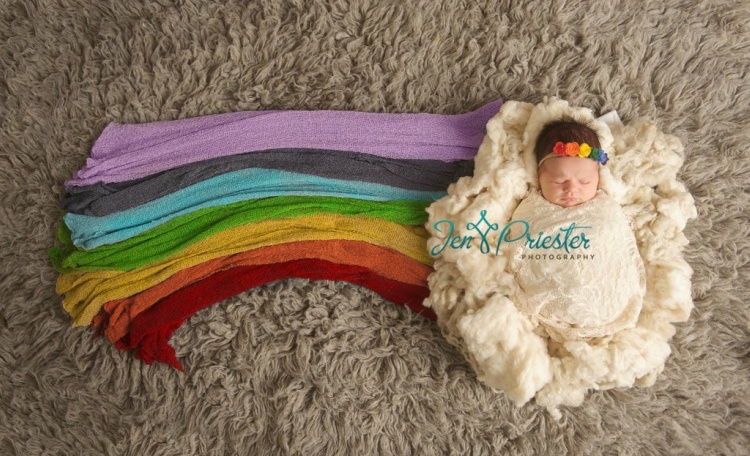 You might notice that the colors of the rainbow in the photo are reversed. It’s not a mistake, but an intentional way of honoring what the Matthew family has been through and survived. Photographer Jen Priester explains:

The rainbow comes from heaven to earth — red by heaven, violet by earth — to show God’s faithfulness [. . .] Here I chose to have it start from earth to Heaven to show a receiving of God’s faithfulness and gift that comes in the midst of a storm.

A “rainbow baby” does not erase the lost child who came before her. Instead, as the courageous Matthews family has so ably demonstrated with this beautiful photo shoot, she honors that child, who will never be forgotten. As Cathy wrote in an incredibly honest and brave blog post:

And I know that while all of my dreams for you may not be realized, I do know that I will someday be reunited with you and hold you in your sweet pinkness and for now, that is enough.

To all those longing to be reunited with your babies, we wish you peace, and that you find your own rainbow soon.

For more information on the courageous Cathy Matthews and her beautiful family, check out these articles from People and POPSUGAR.

For more information on miscarriage, visit: