The Real Reason Purple Isn’t Used on Many National Flags

Pop quiz time! There are 196 countries in the world today. How many of their national flags have the color purple featured somewhere on them? We’re waiting…

If you answered “3,” we gotta say that we are REALLY impressed! Pat yourself on the back for being the flag-identifying virtuoso that you are.

Just the same, even if you can recognize most national flags, it doesn’t mean that you know why certain colors have been used more than others. For example, the aforementioned purple is only used in three flags for a very good reason: until fairly recently, purple dye was just too dang expense to use, even for the most affluent nations.

In fact, up until a new formulation was discovered in 1856, purple dye was so hard to produce, that it was worth more than its weight in gold. For this reason, even royals and the richest of the rich hardly ever donned the beautiful hue.

The three nations that decided to use purple on their flags did not do so until after the invention of mass-produced purple dye at the end of the 19th century. These countries are Nicaragua, the Second Republic of Spain, and, most recently, Dominica.

We have to admit, purple sure does look beautiful flying on a flag. Good choice, Dominica!

The hidden psychology behind the world’s most striking flags

When it comes to flag aesthetic, no color has been used more often than red. As a matter of fact, more than 20% of the world’s nations use some form of this arresting hue, a choice that could have something to do with basic human sensibilities.

You see, the symbolism behind the color red varies from culture to culture. Some use it as a color of mourning, some as valor, and some as sexuality, but it does have one attribute that has allowed it to cross national lines—it’s powerful!

Now, when it comes to flag design, some countries are much more creative than others. Take Nepal, for instance. 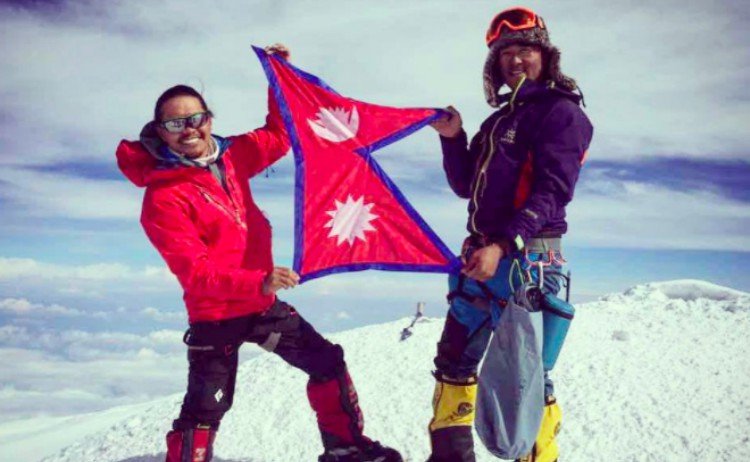 Theirs is the one and only national flag that doesn’t subscribe to either a rectangular or square shape. And, like so many other countries—38 to be exact—Nepal uses the red, white, and blue combo to display their symbolic message.

The country decided to use two overlapping red triangles as a means of showing off its two main religions, Hinduism and Buddhism. The fact that the two shapes converge serves as a symbol of peace, cooperation, and harmony. Gorgeous!

Now that you know WHY such few countries feature that ultra-decadent purple hue on their flags, it’s time for you to learn more about the long history of this incredible color. Just watch After Skool’s video below for more info on all things purple. The next time we wear this color, we sure will wear it with pride!

We’d love to hear your thoughts on this flag color mystery solved! Did you know that, at one time, purple dye was more expensive than gold? What is your favorite color? If you had the opportunity to design a flag, which colors would you choose?