Pump Up Pre-made Pie Crust With A Cinnamon Twist

Who says that cinnamon is only for autumn? We say it’s great for every season and any festive occasion! This spring, spice up packaged crust and make your pies even more of a treat by spiraling in this delicious spice. PureWow shows us how to make a Cinnamon Roll Crust perfect for Easter, spring, and any time you want an extra-special treat.

This recipe obviously calls for pre-made, packaged pie crust, but you could easily adapt your favorite homemade pie crust recipe! 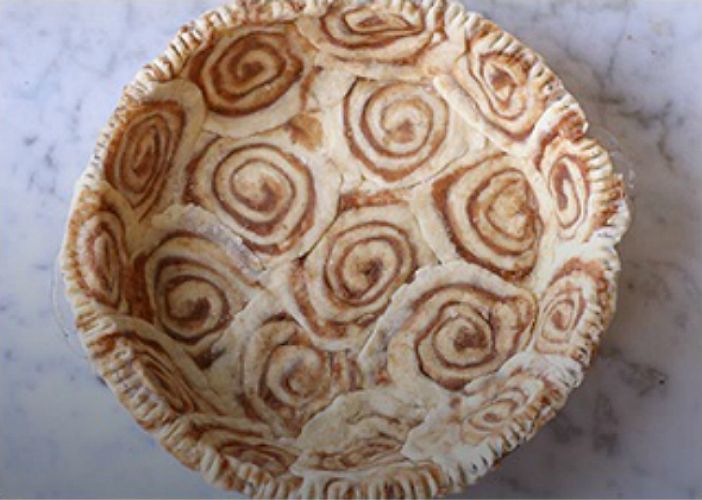 Easy! Have you ever made a cinnamon roll pie crust before? What are some of your favorite pie crust recipes?