For elementary school children, Christmas is the best time of year, not just at home, but also when they go to school. There are usually tons of festivities being celebrated, from holiday plays to in-class parties.

And for a youngster, how much fun is it to write a letter to Santa, open up some presents, and enjoy a candy cane or two with friends?

One elementary school principal, Jennifer Sinclair, at Manchester Elementary School was okay with the first two things on that list, but as for candy canes? Definitely not. In fact, Principal Sinclair banned them from her school.

First Principal Sinclair sent out a memo to teachers saying they couldn’t have any Christmas-related imagery on school assignments or inside their classroom, especially candy canes.

Her reason was one that we’d presume most people have never heard before—and wound up getting her put on leave.

“Historically, the shape is a ‘J’ for Jesus. The red is for the blood of Christ, and the white is a symbol of his resurrection,” the principal wrote in the memo. “I feel uncomfortable that I have to get this specific, but for everyone’s comfort, I will.”

Though Principal Sinclair did mention that she’s totally fine with nondenominational winter symbols—like sledding, scarves, and even Olaf from Frozen—that wasn’t enough to stop the district from placing her on a leave.

“As of this morning, Principal Sinclair has been placed on administrative leave. Due to the fact that this is an ongoing personnel issue, the District cannot comment further,” the Elkhorn Public School District said in a statement. 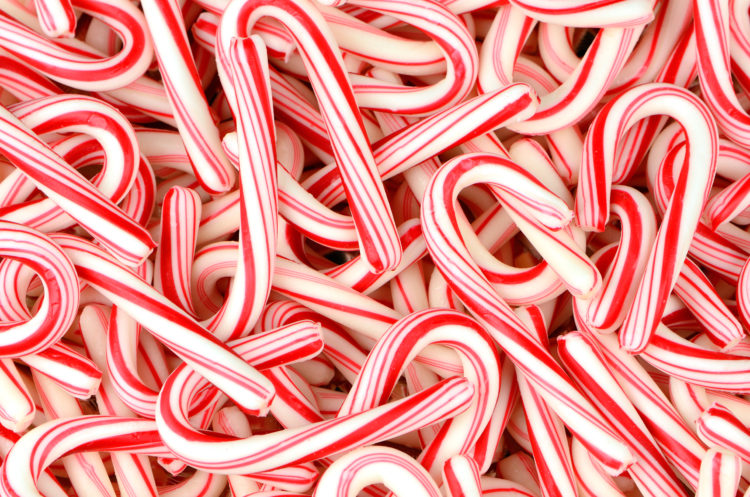 The Elkhorn School District wanted to be clear by clarifying that their policy says no such thing that Principal Sinclair has suggested.

“The memo does not reflect the policy of Elkhorn Public Schools regarding holiday symbols in the school,” they said.

“Christmas trees, Santa Claus, and Easter eggs and bunnies are considered to be secular, seasonal symbols and may be displayed as teaching aids provided they do not disrupt the instructional program for students,” the district’s policy states.

Principal Sinclair has since apologized for her actions. “Last week, in an attempt to provide clarity, I mistakenly sent out an internal staff memo detailing what can and cannot be done in a public school surrounding the holiday season,” she said in an email. “I understand that the information I initially provide was incorrect and I sincerely apologize for any confusion or concern this has caused and the negative attention this issue brings to the District and Manchester.”

It has not yet been announced how long the principal will be out on the ban.

For more on this story, check out the video below.


Have you ever heard of candy canes having a religious meaning? What do you think of Principal Sinclair’s punishment?