15 Years Later, Princess Diana’s Niece is All Grown Up and Looks Exactly Like Her

This past August marked 20 years since Princess Diana’s tragic passing. For her millions of admirers, the anniversary is a sobering reminder of what the world has lost. Princess Di wasn’t your average royal family member; she displayed strong ethics, bravery, and beauty. Simply put, she truly was ‘the whole package’.

That being said, there is another royal family member who is currently reminding the public of the beloved monarch: A young woman by the name of Lady Kitty Spencer, a 27-year-old who just so happens to be Diana’s niece.

Kitty truly is a dead-ringer for the late princess. From the round doe-like brown eyes to the thick blond hair, to the air of confidence, looking at a photo of Kitty is just like laying eyes on Diana!

Now, just because the Lady looks like her famous aunt doesn’t mean that they share similar dispositions. For example, unlike the notably introverted Princess Di, Kitty doesn’t shy away from the spotlight; in fact, she embraces it.

These days, the 27-year-old socialite’s squad includes a slew of other privileged beauties who love to flaunt their lavish lifestyles on social media.

Recently, she’s been taking the fashion world by storm, parading her naturally good looks as a model. The royal family member has been featured on the covers of magazines and even walked the runway for Dolce & Gabbana. 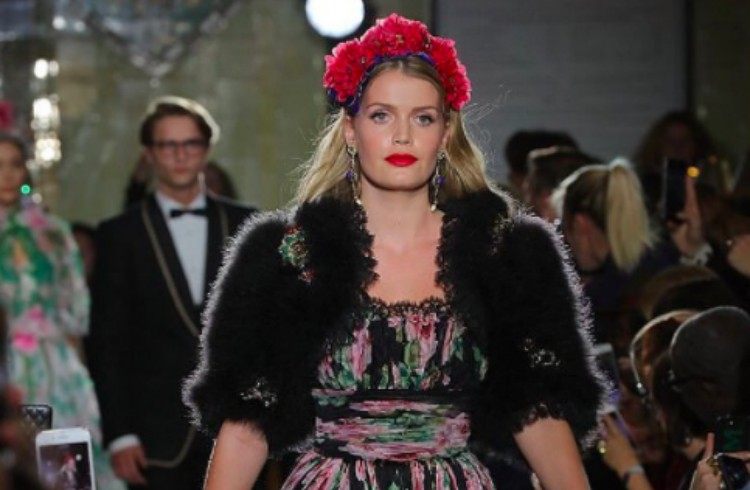 Although she has spent her adulthood amassing quite the following, her younger life was remarkably different from the one she lives now. In 1995, when Kitty was just 5-years-old, her father moved the family to South Africa, where she would remain until she completed her undergraduate degree.

But, just because the Lady had a different upbringing than that of her famous family, doesn’t mean she felt detached from them. In an interview with Vanity Fair, Kitty gives us commoners some insight on what it was like to have a princess as an aunt.

“I was so young [when Diana was alive],” the royal says. “There are only a few memories, but special memories and happy memories, and I’m so lucky to have those.”

Along with a promising modeling career, Kitty also spends time as a philanthropist, serving as a representative for UK charities Give Us Time and Centrepoint. She also holds a Master’s in Luxury Brand Management from Regents University, a degree she’ll no doubt put to good use if she continues to work in the fashion industry.

To see even more pictures of Lady Diana’s beautiful niece, be sure to watch the video below. We agree that these two sure share a striking resemblance!