First, this adorable daughter of The Duke and Duchess of Cambridge, William and Kate, started nursery school at Willcocks’ morning school, where she attends for nearly three hours a day, five days a week. They do all sorts of things at school—daily free play, show-and-tell, and, of course, snack time. Huge milestone, right?

(Side note/semi-related rhetorical question: anyone wonder what a royal toddler brings for show-and-tell that doesn’t make everyone else in her class jealous?)

Anyway—not only is the young princess already receiving a great education, but she’s killing it at being a student. People Magazine reported that she’s “very sweet and very confident” and “always chatting away” while she’s there. She’s also “so polite, but also fun and energetic” and “has beautiful manners.”

I’m not even that cool at my current age, let alone was I that cool at two-and-a-half. I mean, not even sure I was fully potty-trained at that age. 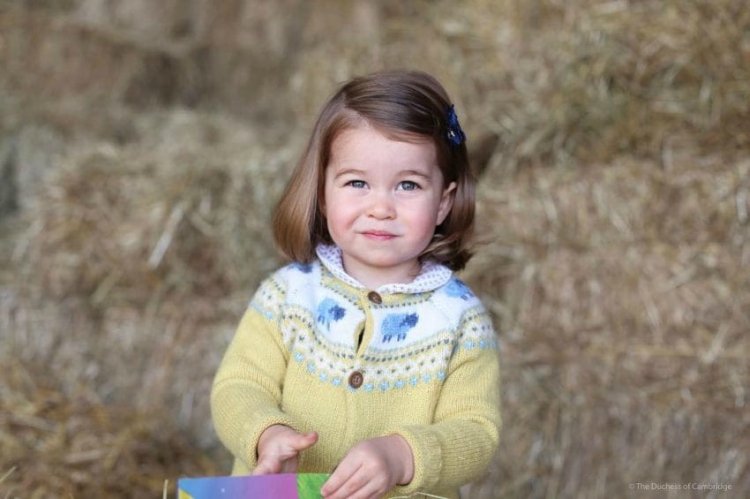 What really floors us most about this sweet, confident, chatty little thing is this new fact we just found out: Princess Charlotte is bilingual. That’s right, at barely three years old, the princess is fluent in Spanish. Impressive much? Or should we say “impresionante mucho”?

Just to put this into perspective, if you spend 10 hours a day studying an “easy” language, you should be able to learn it in about 48 days (and “difficult” languages could take 72), according to a blog called The Linguist. If you’re only putting in five hours a day, the blogger says it would take twice as long.

Since we’re not sure if Charlotte is even awake for 10 hours a day, we don’t know quite how long Charlotte is studying up on her Spanish adverbs. But we do know who’s responsible for the learning: Princess Charlotte’s nanny, Maria Turrion Borrallo, who grew up in Northern Spain.

Borrallo is the real deal. She went through rigorous training at Norland College, which is basically the Harvard for nannies. Since 1892, Norland has been known for supplying nannies of the highest quality to the rich and famous.

At Norland, nannies to be are taught a wealth of important information—from how to fold a cloth diaper to the reasons behind using cotton wool instead of wipes to clean a baby’s behind and more. They’re even trained in taekwondo to protect the babies they nanny for.

Charlotte and George are pretty lucky to not only have parents who love and care for them, but a nanny with some seriously extraordinary skills. (Whether she’ll be teaching Charlotte or George how to do taekwondo any time soon is still TBA).

Borrallo has lived with the royal family at their home in Kensington Palace in London for about four years now (ever since Charlotte’s brother Prince George was about eight months old), so it’s apparent her native language has rubbed off.

What do you think about Princess Charlotte being able to speak a foreign language? We’re super impressed with this little girl!