In recent years, newly engaged couples have begun to take professional photos to mark the moment. It’s a way to celebrate their happiness and remember this major love-filled moment in time. And it’s only a few steps away from the wedding.

Following the announcement of their upcoming nuptials last month, Prince Harry and Meghan Markle took photos to celebrate their engagement. Officially released by Kensington Palace, the pictures – taken at Frogmore House in Windsor – show the smitten couple in a number of poses.

It’s hard not to feel happy for them! Royal watchers are ga-ga over the pics that show the two lovebirds embracing, seated in a formal pose, and strolling arm-in-arm. Prince Harry looks dapper in a navy blue suit but it’s Meghan’s elegant dress that has everyone talking.

The bride-to-be shot the photos in two different looks. She wore a couture gown from Ralph & Russo’s 2016 collection that features a sheer top and long textured skirt. Yes, we said sheer! We know that’s not standard fashion for the royals, but flesh-colored lining was sewn into the top to keep it modest. It’s a beautiful dress and Meghan looks gorgeous in it.

The photos were shot by fashion photographer Alexi Lubomirski, whose mentor, Mario Testino, was the one who took the engagement pictures for Prince William and Kate Middleton. Testino also photographed Princess Diana numerous times and was frequently hired by the royal family. Hiring Lubomirski was a change-up from the past.

“Not only was it an incredible honour, but also an immense privilege to be invited to share and be a witness to this young couple’s love for each other.  I cannot help but smile when I look at the photos that we took.”

Naturally, their photo shoot drew comparisons to those of Prince’s Harry’s parents and his brother’s. Style-wise, Kate Middleton wore a white dress for their formal pic and blouse for their casual shots, where she and Prince William also embraced.

Prince Charles and then-Lady Diana shot their official formal pictures with her in an emerald green gown and the prince in his military uniform. She sat in a chair as the prince stood behind her. Their informal picture? With both dressed in denim shirts, Lady Di hugged the shoulders of Prince Charles from behind. 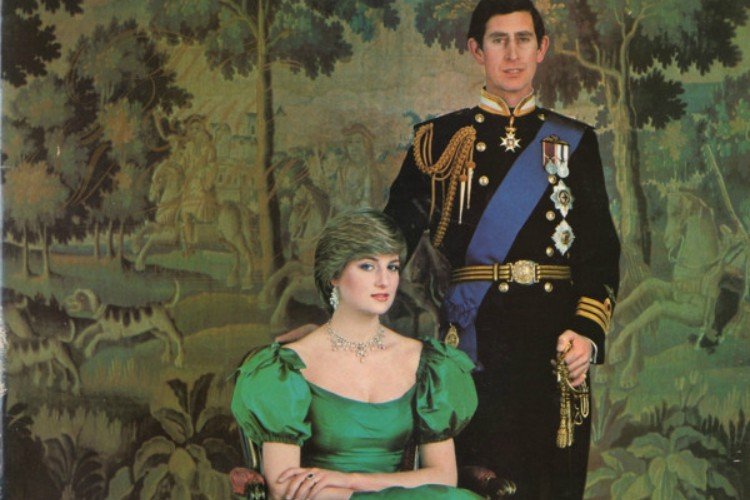 With the recent generations, it’s become more common for royal couples to be photographed in a cozy embrace, face-to-face. The romantic shot of Prince Harry and Meghan Markle with their heads touching is a departure from royal engagement picture styles of the past. But they look so in love, don’t they?

After Kensington Palace released two images, public reception was so warm that the couple shared a third one (seen below) as a way to say “thank you”. The stunning photos show how comfortable these two are with each other – even in their formal shots. They’re practically glowing with love!

Judging by how great these engagement pictures look, we’re sure the wedding photos will also be swoon-worthy. Royal watchers: the countdown begins! 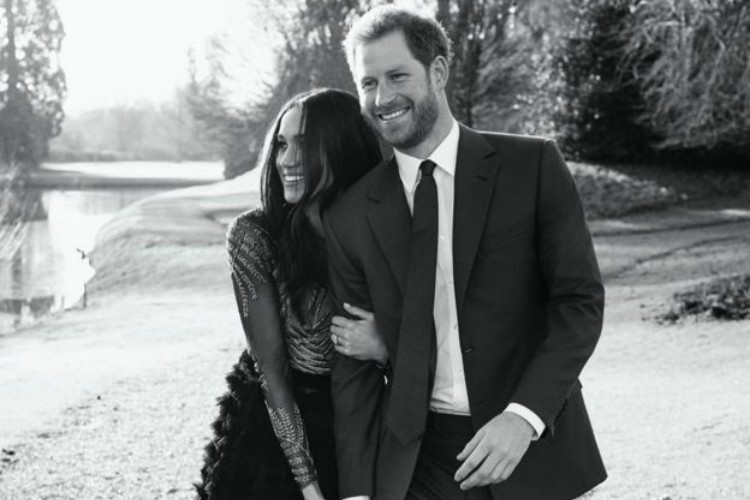 What are your thoughts on Prince Harry’s engagement portraits? Have you compared them to royal photos of the past?