Prince Harry Reveals His Number One Piece of Dating Advice

It’s official! After months of speculation, Prince Harry and Meghan Markle have announced that they will be tying the knot in May of 2018. Though the revelation wasn’t exactly an unexpected one to in-the-know commoners like us, these two did do a good job of spending the better part of their courtship keeping things under wraps in a bid to maintain some semblance of privacy.

It was tactic that we can all understand on some level. Sure, the prospect of stepping out with a famous honey—whether it be a prince or an actress, in their cases—might be tempting, it’s one that carries with it a lot of risks, especially when it comes to pressure from the press.

Luckily, the two have managed to live out their almost year-and-a-half long relationship on their own terms. And, with some good planning and a whole lot of home-time, the couple ended up making it to where they are today. 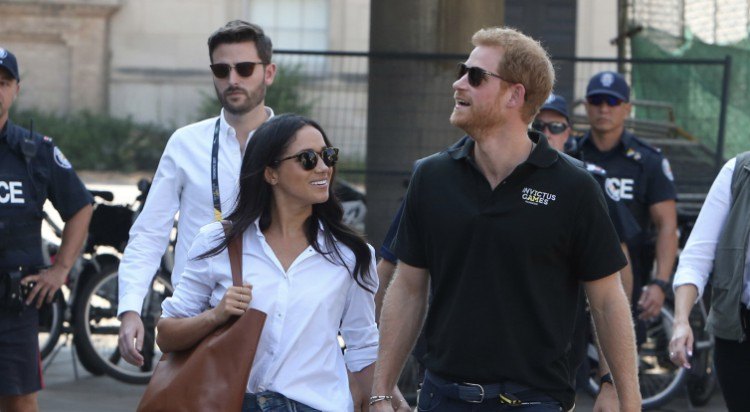 How Harry and Meghan fell in love away from the spotlight

It goes without saying that Prince Harry is well-acquainted with how merciless the public can be. After all, the young royal has experienced his fair share of scandals over the years, and there’s no way he could have been left unaffected by the scrutiny his poor mother, the late Princess Diana endured.

Because of his unique upbringing, the prince has found a smart way to keep his private life private while still maintaining his role as a public figure—by keeping his girlfriend at home.

In their special “coming out” interview with the BBC, Prince Harry details a bit of the tough logistics behind him and his fiancée’s former dating life and how their plan may work well for any budding romance.

“We had to, sort of, reverse the whole [dating] process,” the prince remembers. He says that the two spent a lot of “cozy nights in, in front of the television, cooking dinner” by themselves at their cottage.

Harry says that this “reversal” on how relationships are typically treated provided “different opportunities” which have made he and his fiancée “a hell of a lot closer in a shorter space of time.”

He goes on to say that this calmer, more settled approach to getting to know a potential spouse can work for anyone. His advice? “Slow down on the dates and maybe spend more time at home.”

A handsome prince who values home-time? That Meghan Markle sure is one lucky girl! To learn more about this couple’s very private relationship, in their own words, be sure to watch the video below. We didn’t think that it could be possible to top Will and Kate’s charm, but these two are sure giving them a run for their money!

We’d love to hear your take on Prince Harry’s sage relationship advice. Do you agree that hanging close to home is healthy for a blossoming courtship? Have you ever had to keep a relationship private before? What advice can you give these two lovebirds?